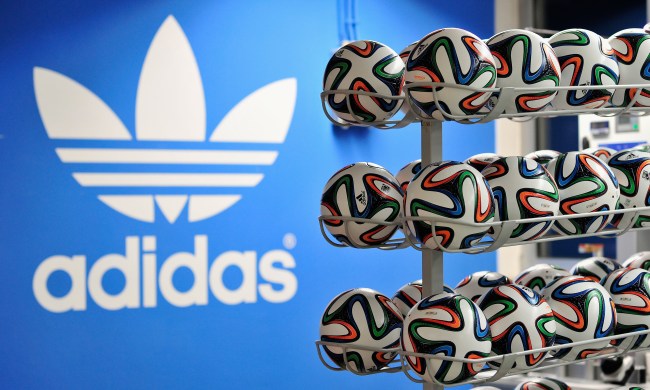 Arsenal has agreed to a 5-year $385 million kit deal with Adidas that will replace the club’s existing pact with Puma, at the completion of this season. Adidas will pay +/- $77 million/season (beginning in ‘19) to become the official kit provider of the Gunners, double what Puma had been paying. The deal is being touted as the 3rd most valuable kit pact in the world, behind just Nike’s agreement with Barcelona ($134.5 million/season) and Adidas’ contract with Manchester United ($96 million/season).

Howie Long-Short: Adidas (ADDYY) issued Q2 earnings on Thursday, reporting group sales rose 10% YoY (to $6 billion) during the most recent quarter. North America (+16%), Greater China (+27%) and the e-commerce sector drove the growth. Perhaps ADDYY’s most impressive feat has been continuing to grow the top line without resorting to discounts; the company reported gross margins rose +2.2% (to 52.3%) in the quarter ended in June, as the company continues to sell shoes at full-price. Shares increased +8% on Thursday’s report, closing at $119.89.

Stephen Wilmot (WSJ) made a strong argument that ADDYY shares are undervalued. Even after Thursday’s 8% jump, Adidas is trading at just 23x prospective earnings; compared to Nike’s 29x. That’s despite Adidas growing sales (16% vs. 3% in U.S.) and profits faster than their rival, not having to deal with any potential #MeToo backlash or increase employee wages.

Fan Marino: The newfound revenue should give Arsenal additional cash for transfers next summer. It’s been reported that new manager Unai Emery was given just $90 million to work with during this summer’s window.

Gaming Today has reported that Buffalo Wild Wings is exploring legalized sports betting “opportunities”, including the launch of a private sportsbook operation that would book bets at B-Dubs nationwide. As “the largest sports bar in America”, with 1200+ locations in all 50 states, the casual dining chain believes it’s “uniquely positioned (think: massive loyalty club, large TV/radio ad budget) to leverage sports gaming to enhance the restaurant experience.”

Howie Long-Short: PlayUSA indicated that Buffalo Wild Wings’ is looking to book sports bets themselves, as opposed to partnering with an established gaming provider as DraftKings and FanDuel have done. I’m confident in saying that isn’t going to happen. Most states are going to require BWW partner with an existing casino, track or lottery to offer sports betting and as Dustin Gouker (Legal Sports Report) told us, “I’m not sure BWW is ready to go through the rigors (time and money) associated with regulated gaming, in the remaining states, if it is not through a 3rd party.” For what it’s worth, Buffalo Wild Wings has acknowledged that sports betting opportunities could include “potential partners.”

Of course, if BWW aligns with a licensed sports betting partner, it could help put a stop to the company’s “years-long sales slump”. Sports betting would likely attract new clientele (customer traffic has declined) and grow alcohol sales (which have slumped), the company’s most profitable segment.

Buffalo Wild Wings is owned by the P.E. firm Roark Capital, which acquired the wings and beer chain for $2.9 billion in February. BWW isn’t their first foray into the dining space, the company also owns Arby’s.

You can’t play BWW, but there’s another company dabbling with the idea of offering sports betting within bars and taverns. Lattner Entertainment Group (owned by Boyd Gaming) has placed gaming machines within 200 Illinois watering holes. While sports gambling is not yet legal in the state, it’s easy to envision those bars/taverns becoming “offshoots” of Boyd Gaming (BYD) sportsbooks.

Fan Marino: Speaking of DraftKings, the company has begun running advertising spots (starring Charles Barkley) to promote their mobile app in the state of NJ. How big of a head start do they have on the rest of NJ’s licensees? Well, consider that no other NJ sportsbook has even launched their app yet! Simply, the difference between start-up culture and the old guard; one takes risks, the other is reactionary.