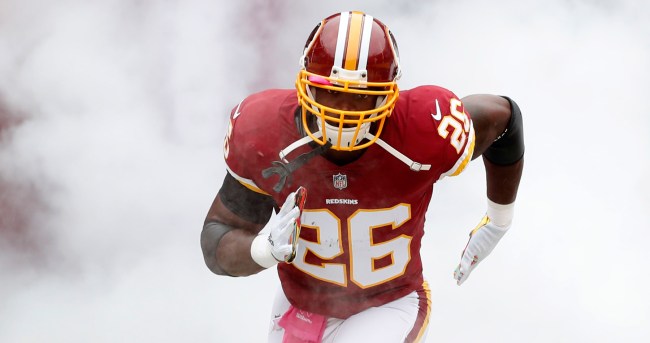 The last few years I have shared a lot of truly stunning homes celebrities have put on the market, but, maybe it’s just me, but most of the coolest mansions I have seen have been locate din Texas.

From RG3’s kickass lake house and Andy Roddick and Brooklyn Decker’s estate to Selena Gomez’s mansion and Jeff Kent’s amusement park of a home, Texas just seems to do it up better.

The other thing all of those homes have in common, as well as many of the other celebrity estates that have been put on the market, they have been having a very hard time getting their asking prices.

Such is the case yet again with the mansion being sold by Redskins running back Adrian Peterson in The Woodlands, Texas.

And let me tell you, whoever got this place for $4.7 million just scored one HELL of a bargain.

There is also a spacious master suite with two walk-in closets, guest quarters with a separate entrance, two outdoor kitchens, a pizza oven, space for eating and lounging by the resort-style pool which has a swim-up bar and seating area.

I wasn’t kidding when I said (a) you could live like a king here and (b) whoever bought it got one hell of a deal.

Check this place out below. It’s incredible.