A.J. Ferrari Is The Most Exciting Wrestler In The Country And Will Make You Want To Run Through A Brick Wall 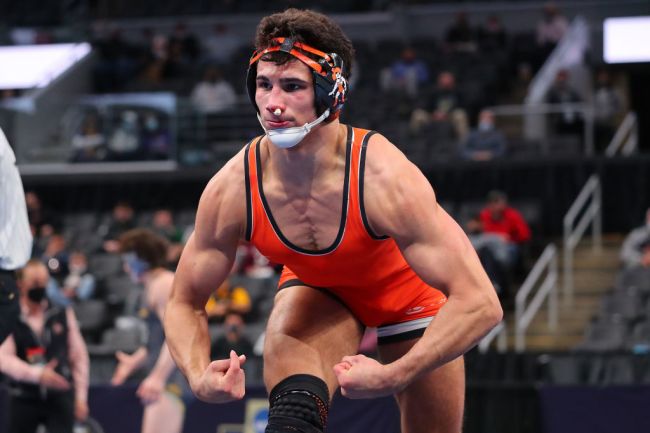 A.J. Ferrari is an absolute electric factory. The 6-foot-0, 200/225-pound freshman is college wrestling’s Italian Stallion and he joined a rare brotherhood in the most historic program in the country on Sunday. At only 19 years old, he became just the third true freshman in Oklahoma State history to win a national championship. And his last name is Ferrari.

Ferrari went 11-1 in the regular season and then won eight-straight postseason matches to win both the Big-12 and NCAA championships. While his performance on the mat is impressive, his post-match celebrations are what makes him must-see TV.

After his Big-12 title, he threw his ankle bands into the air and acted like he was shooting them down, giving Oklahoma State’s “guns up” hand signal. His performance earned him the 4-seed in the national tournament and he was pitted against the tournament’s top seed in the semifinals. Ferrari went on to dominate. He flexed on his opponent after the win and again broke out the Pistol Pete, which has become his signature celebration.

His interview after advancing to the 197-pound finals was electric, as he hit another flex and boasted his 665-pound deadlift while blood dripped from his nose.

If you thought that was good, he stepped it up a notch after winning the NCCA championship. Ferrari went up to meet his parents in the stands and then ran down for an interview that you’ll want to inject directly into your veins.

A.J. Ferrari just gave the most pumped up interview of all-time after winning the NCAA championship at 197lbs ⚡️😂pic.twitter.com/n3Zye4RuCe

The guy is a freak. As Ferrari said, he is on a mission to deadlift 700 pounds (he’s only 35 pounds away) and to squat 600 pounds, which he says he already did. That’s more than three plates on each side of the bar. He even teased a move to the heavyweight class, which would pit him against wrestlers weighing up to 285 pounds.

Ferrari  was the nation’s No. 1 overall recruit and went 96-1 in high school. He proved why he was so highly-touted on Saturday. His father received a lot of credit for his success and looks exactly how you’d expect. In fact, his whole family does, and all of their names begin with the letter A— his dad Albert, mother Adrianna and siblings Alexa, Anthony, Angelo and Alyssa. They’re perfect. 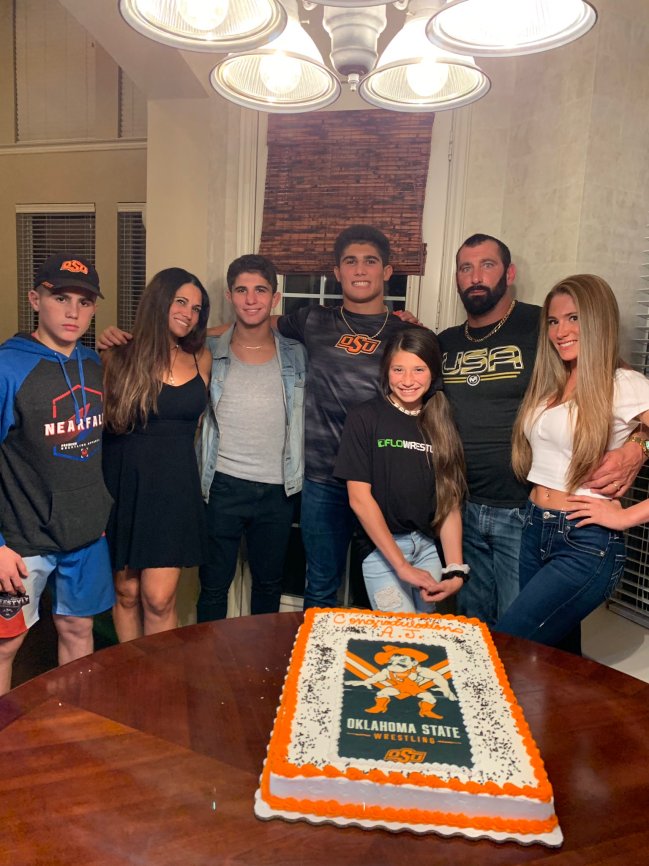 Some people may say that Ferrari’s celebrations cross the line into arrogant, but he doesn’t care what you have to say.

“I don’t really give a crap whether people hate me or like me,” Ferrari said. “… I’m not going to care too less about what people online are saying. It’s just motivation man.”

There is no one else like Ferrari in collegiate wrestling, or college sports as a whole, and he’s a drug you simply cannot quit. Now you’re hooked.