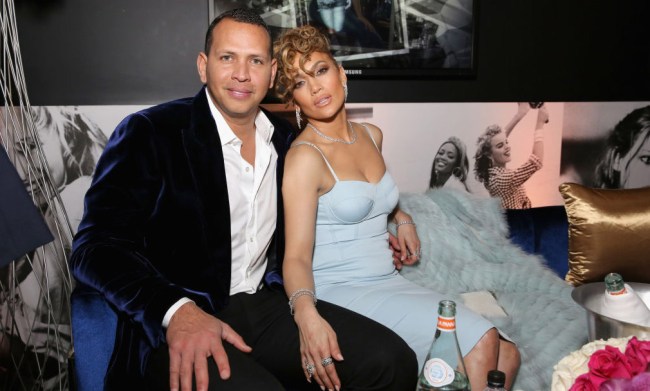 Alex Rodriguez and his girlfriend Jennifer Lopez recently bought a condo together in Manhattan (things are getting serious) so he’s selling his Hollywood bachelor pad once owned by legendary actress Meryl Streep for $6.5 million.

The two-story home, built in 1954, just like Kristen Wiig’s home we showed you last week, even has its own name: The Honnold & Rex Architectural Research House.

The house is so named, according to the Los Angeles Times, because it was designed by architecture firm Honnold & Rex and built “under the Architectural Products magazine research program, which encouraged experimentation with materials and designs.”

The historic home, located less than a minute from Sunset Boulevard, features four bedrooms, four bathrooms, a two-story living room with a floor-to-ceiling fireplace, a chef’s kitchen, dining room, family room, and a courtyard-style backyard with an enclosed patio and a heated pool and spa.

Alex Rodriguez is looking for a hit in the Hollywood Hills market. He's asking $6.5 million for the Case Study house he bought in 2014 from Meryl Streep. https://t.co/810VMAksYH pic.twitter.com/RsBYoqA1Kv

The master suite — one of four bedrooms and four bathrooms — floats above the living room area, allowing for city light and tree-top views. Another bedroom, which doubles as an office, overlooks the backyard.

Which means that, according to Realtor.com’s payment calculator, it can be all yours for just $35,575 in monthly mortgage payments (assuming you can afford the $1.3 million down payment).