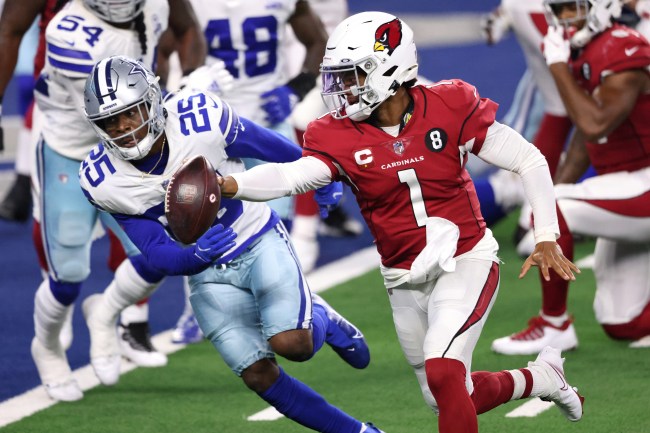 Cowboys fans appear to be deep in their feelings after the team’s latest loss.

On Monday night, the Cowboys were utterly embarrassed by the Arizona Cardinals when they got blown out 38-10 on national television.

Things were so bad for the Cowboys that one fan appeared to get extremely emotional in the stands while being consoled by his girlfriend on live TV.

The Cowboys got this man STRESSED 😂😂😂 pic.twitter.com/5NOfb8dgFX

Another fan took the loss pretty badly as well when he was seen destroying his TV during Monday Night’s game.

It’s going to be a long season for Cowboys fans.