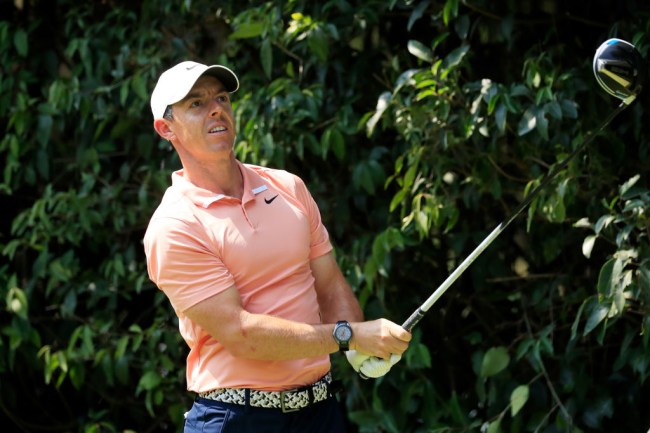 This week’s Arnold Palmer Invitational will mark the second of what will be four straight weeks of PGA Tour events in Florida and plenty of the game’s top stars are in the field.

Tiger Woods elected to skip the event for the sixth time in the past seven years, but five of the world’s Top 10 players will tee it up this week with the likes of Rory McIlroy, Tommy Fleetwood, Bryson DeChambeau, Patrick Reed, Xander Schauffele and Adam Scott headlining the event.

While the event is an invitational, the regular cut rules apply with the Top 65 and ties making it to the weekend.

Bay Hill Club and Lodge has played host to the event since 1979 and it’s just an overall fantastic track and test for the players. Last year this was the toughest Par 72 course of the year stretching to 7,545 yards with a scoring average of 72.378.

This isn’t a typical bomb and gouge course we see a lot of on Tour these days, in fact, this is one of the more major-like regular stops players see all year long. It’s on the longer side, but with plenty of water in play and the added importance of finding the short grass, a lot of players take a more conservative approach off the tee leaving a few more long-irons into the greens.

Speaking of the greens, we’ll see TifEagle Bermuda that will be lightning-fast ranging from 12 to 13 feet on the stimp. Finding the fairway off the tee is priority No. 1 this week due to not so forgiving rough and such firm and fast greens.

Taking advantage of the Par 5’s is a must for players that want to be in contention come the weekend.

Schauffele is a player that has skipped the majority of Florida Swing events over the years outside of The Players and will be making his tournament debut this week. With that being said, given his form from a statistics standpoint, it’s impossible not to like him at Bay Hill despite the fact he’s never teed it up here.

The X-Man ranks second on the PGA Tour in strokes gained: tee-to-green and 10th in strokes gained: approach. He also holds the 17th best proximity to hole average from 200-225 yards out, which players will see plenty of this week. Just to add to the statistics domination, he’s fourth on Tour in scrambling.

Outside of a missed cut at The Farmers, Schauffele has one T-2 finish and hasn’t finished outside of the Top 25 in four of his last five PGA Tour events.

Speaking of a strong tee-to-green game, Matsuyama enters the week behind only Schauffele and McIlroy in that strokes gained category. Elite ball-striking, above-average driving, and just flat-out bad putting has been the name of the game for Matsuyama over the years and it’s been the case so far this season as well.

The 28-year-old ranks 176th on Tour in strokes gained: putting.

Matsuyama enters the week after picking up a T-5 finish at The Genesis and a T-6 at the WGC Mexico two weeks ago. He also finished T-6 here back in 2016.

DeChambeau picked up a runner-up finish here back in 2018 and enters the week with back-to-back Top 5 finishes in his last two starts, but despite the good form, I think he has his sites set on next week’s Players.

Another reason to shy away from DeChambeau is him blowing it all over the place off the tee ranking 119th on Tour in driving accuracy. He’s a guy that’s been very close over the past few weeks, but I still think he’s still trying to find something with his long-game that will get him over the hump. He’ll likely find the winner’s circle soon, just not this week.