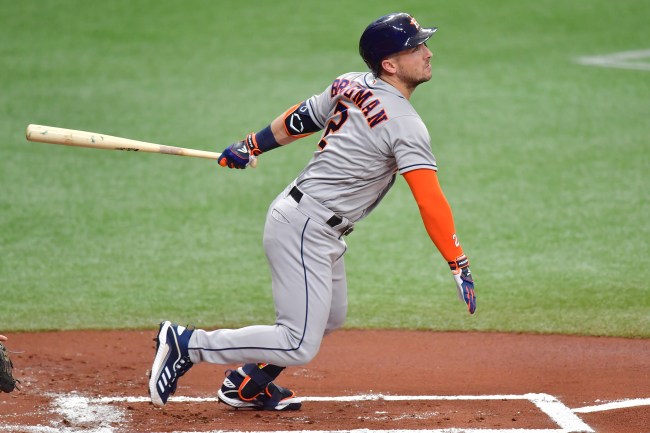 Yankees fans are trolling the Astros hard at home but Alex Bregman didn’t let them bother him.

As soon as the game against the Astros started Yankees fans have been booing and chanting “fuck the Astros.”

In the first inning of the game, Yankees fans could be heard loudly chanting “asshole” during Bregman’s at-bat.

Alex Bregman got a plain “ass-hole” chant. Then he hit a home run. pic.twitter.com/x4hfSHsXkY