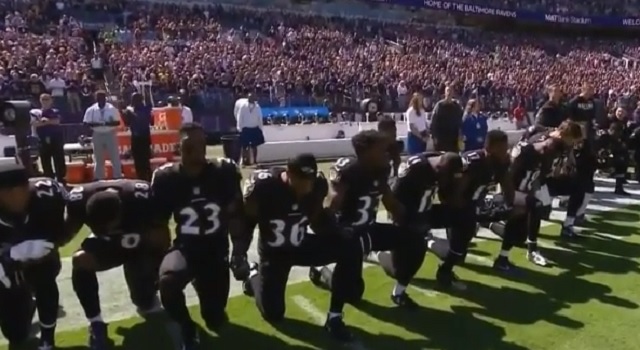 Before today’ Ravens-Steelers game, Baltimore Ravens took a knee prior to the national anthem as the PA announcer said they were kneeling in prayer.

Despite kneeling before the anthem despite during it, the Ravens crowd still loudly booed their team.

Ravens players kneel before the national anthem to pray for unity and equality, and fans boo the crap out of them