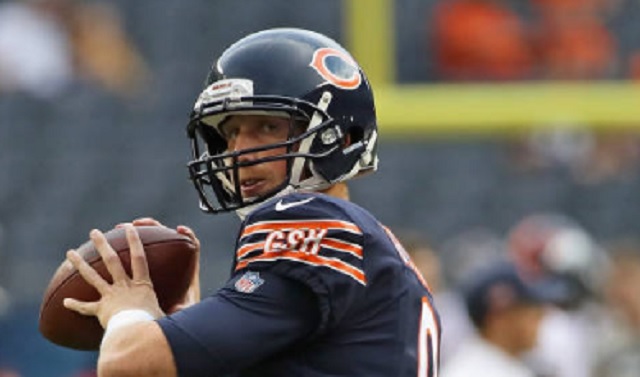 Bears projected starter Mike Glennon had a rough time in his first game with the team. In his first series in the preseason, Glennon threw a terrible pick six under pressure against the Broncos in their preseason game on Thursday.

It’s going to be a long season for the Bears.