#sports betting
BroBible may earn a commission if you buy a product or service via links in this article.
by Connor TooleSeptember 23, 2022
Facebook Twitter Reddit Flipboard 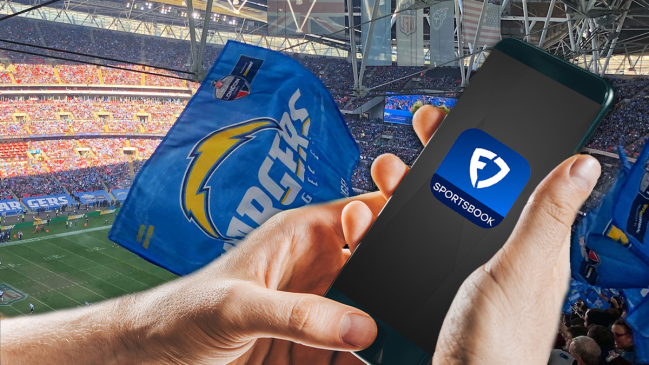 Week 3 of the NFL season officially kicked off when the Browns faced off against the Steelers on Thursday night, but as any fan knows, the action doesn’t really start until Sunday rolls around and you have an excuse to spend ten hours glued to your couch a day after college football is kind enough to provide you with a similar escape.

The action in question is usually compelling enough on its own, but there’s also one easy way you can take it to the next level and get a bit more invested in any and every contest: putting some money on the line.

By now, anyone who lives in a state where sports betting is legalized is likely very aware they have the opportunity to wager on NFL games. However, if you haven’t seized on the opportunity to do exactly that, there’s no better time to start than when football season is just starting to heat up—and it’s hard to beat an offer FanDuel has rolled out for the occasion

The best FanDuel promo for Week 3 of the NFL season gives you a risk-free bet worth up to $1,000

As you probably know, the primary goal of betting on a game is to win some money—just like you probably know that can be easier said than done. The prospect of losing can understandably make people weary of placing a wager in the first place, but you don’t have to worry too much if you take advantage of the offer that will allow you to make a risk-free bet worth up to $1,000.

The offer is available to anyone who doesn’t already have an account with FanDuel. If you want to take advantage, all you have to do is click on this link and join the ranks of the millions of people who’ve taken the plunge (and no, there’s no promo code required).

Once that’s squared away, you just need to deposit a minimum of $10 and find a bet that tickles your fancy. In an ideal world, you’ll win and pocket a solid payday, but you can take solace in knowing you’ll get your initial wager back in the form of free bets worth up to $1,000 if your first one fails to cash.

There are a few intriguing matchups on the Week 3 slate, but it’s hard to think of a more interesting showdown than the one between the Bills (-5) and the Dolphins (who are getting +180 on the moneyline); Tua Tagovailoa is hoping to keep riding the wave after throwing six touchdowns against the Ravens last week, while Josh Allen and the Bills are aiming to further solidify the juggernaut status they’ve built up in their first two games in a contest where one team will likely take their first L of the season.

We’ve also got Tom Brady and Aaron Rodgers facing off in Tampa Bay in a game where the Packers are very slim one-point underdogs listed at +100—which seems close until you consider the matchup between the Rams and the Cardinals is currently a pick ’em where both teams are currently posted at -110.

For more insights into NFL betting, check out our guide.