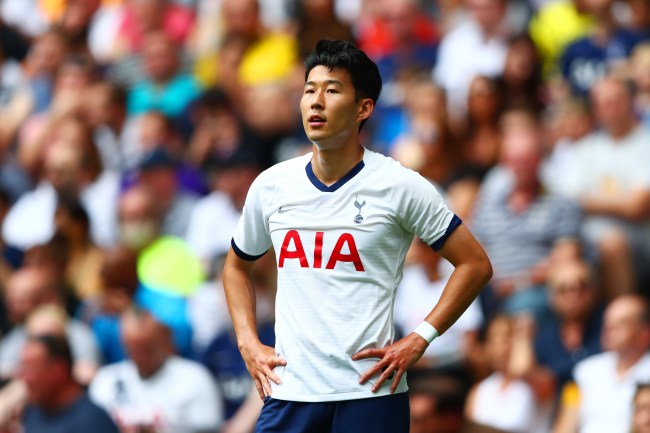 The 2019/2020 Premier League season kicks off this week. Reigning Champions League winners and PL runner-ups Liverpool will face Norwich at 3pm EST on Friday with the rest of the teams starting their seasons on Saturday.

My Tottenham Hotspur face newly promoted Aston Villa at home at 12:30 on Saturday in the first season opener at the new Tottenham stadium in North London in a game that’s certain to be exciting. I’ve seen a lot of sportsbooks predicting that Aston Villa will finish near the bottom of the table this season but they’re my dark horse pick for finishing in the top half.

For people aren’t all-in on the Premier League yet, some of the language used can be confusing just like in the world of sports gambling. When they say ‘newly promoted’ it refers to relegation in soccer. Each season, the worst teams in the league get sent down to the 2nd Division which I guess would be our equivalent of minor leagues. Simultaneously, the best teams from the minor leagues/second division get promoted up to the first division/premier league.

Naturally, these promoted teams aren’t expected to win the Premier League because they’re used to laying against lesser opponents and will need to spend more money to compete with the best in the world but Aston Villa has spent a fucking FORTUNE during this transfer window and my hunch is it will pay off for them.

I was talking with my colleague Eric the other day and I think we’re going to roll out a weekly ‘which Premier League games to bet on’ feature here on BroBible this season but before that happens I wanted to throw some of these bets on your radar before the season starts. The website OddsShark put together a ‘best futures bet for every team’ feature on every Premier League team and here are some of the highlights:

On the surface, this might seem insane with Arsenal finishing out of the top 4 AGAIN and missing out on the Champions League. They’ve done nothing to bolster their weak defense during this transfer window but they have Alexandre Lacazette, Pierre-Emerick Aubameyang, and Nicolas Pepe. Their attack is as good as anything you’ll find anywhere in the world. They might give up as many goals as they score but I LOVE the +2000 odds for them to lead the league in scoring.

This is a LOCK. They’ve spent like 10x more than every other promoted team. This does not mean they will succeed but they were in the promotion final two years in a row. They’re a historically great team with a diehard fanbase. I think they’re going to do well this season.

The goals have to come from somewhere, right? Bournemouth is a team that won’t compete for a title this season, they won’t even sniff it, but they’ll still put up goals against the bottom half of the league and those goals will likely come from Callum Wilson.

I think Leicester improved in the transfer window. They put up 47 points last season. Will they make it past 54.5 this season? Probably, yes. There’s more parity in the Premier League this season than there was last year with a ton of talent moving around and entering the league. The mid-table teams are going to take more points off the top-6 this year than last year and I suspect Leicester will make it past 54.5 points by season’s end.

This is a lock, right? I meaaaaaaan, 12.5 goals is a lot in the Premier League. It’s 100% a lock that he’ll put up that many goals across all competitions. Heck, he might do it in the next two months. But I’d be SHOCKED if Bobby doesn’t put up at least 15 goals this year as he continues to impress.

I’m a Tottenham Hotspur fan but you’ll find that I’m also secretly always rooting for the Wolves. I love their vintage Atari/80’s style kits. They’ve got some excellent Mexican players who I love to watch. It’s just a fun team all around. I think they’ve improved and they’re going to finish 5th or 6th in the league this season so an over of 50.5 points seems like a lock to me.

As for what’s going on this weekend, here’s where my head is at…

Liverpool is -710 against Norwich. They are a LOCK against Norwich. The lock of the century. But there’s no fun in betting on a -710 team unless you’re a professional gambler. When you have to put up a fortune to win a few bucks it takes the fun out of it so I’m passing on that.

Manchester City is -385 against West Ham (+1200). This is easy money and not quite as miserable as betting on a -710 team but it’s still not very fun. You could throw Liverpool -> City -> Tottenham (-333) -> and Arsenal (-120) into a parlay if you wanted to make it more fun. The OVER in this game is virtually a lock at 3 goals. Manchester City could put up 6 in this game and nobody would bat an eyelash at it.

Burnley (+175) v. Southampton (+180) will be close, but with such a negligible difference in odds there between the home and visiting team (Southampton), I feel like you have to take the home team if only because the fans might be the difference in that game.

Leicester (+128) host the Wolves (+250). These are two competitive teams and this could be one of the best games to watch on Saturday. I like the Wolves at +250 in this game because I have a soft spot for the Wolves. I think they’re coming to play this season. The Draw is +235 with 67% of the money on the Wolves so far at OddsShark. The OVER is set at 2.5 right now on most sites for this game and I think this game will end 2-1 Wolves, so…..

Arsenal (-120) is the favorite on the road at Newcastle (+365) who just barely escaped relegation last season and was a punching bag by most of the league. To say that Arsenal has no defense would be an understatement, but they also have arguably the best goal-scorers in the league this season so I’d take Arsenal to Win (-120) and the OVER in this game of 2.5 goals.

For more odds on this weekend’s games, you can click here to visit OddsShark.