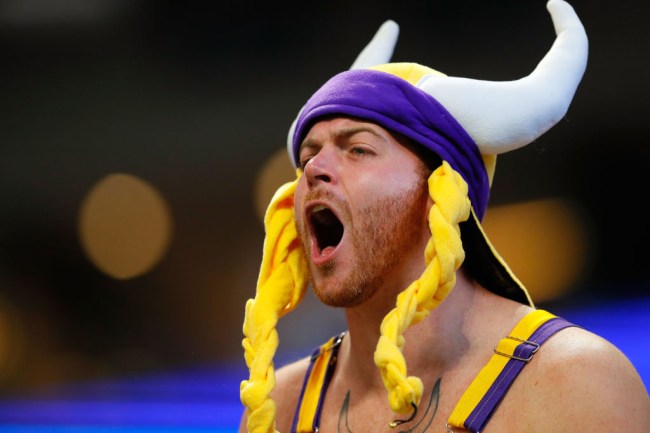 The NFL is a fickle beast. The Buffalo Bills were so bad for the first two games of the season that one of their players literally quit at halftime. In their first game, they were brutalized by the Ravens by a modest score of 47-3, a week before they suffered a home loss to the Chargers, 31-20, a score that did the Bills a favor considering how awfully they played.

Not many gave the Bills a fighting chance heading into week 3 to play a team thought to be one of the best in the league in a building that may be the league’s loudest. Buffalo was a 16.5 point underdog, with the Vikings -2000 to win outright. Betting on the Vikings would only be for the most cautious of gamblers, as a $100 bet would only earn a bettor $5.

As Uproxx reports, one bettor was so sure the Vikings would cover the money line, that he threw down $9,000. If the Vikings won, the bet would only earn him $450. Without the luxury of hindsight, this doesn’t seem like an awful bet, seeing as metrics and logic would indicate that Minnesota should have shit all over Buffalo.

They didn’t. The Bills pummeled the Vikings 27-6, and Josh Allen punched his ticket into the Hall of Fame. We are officially living in the Upside Down.

A bettor at the Westgate SuperBook placed a $9,000 moneyline wager on the Minnesota Vikings to beat the Buffalo Bills straight-up at -2,000 odds. Bet would net $450. Bills lead 24-0 early second quarter.

Poor bastard. You gotta feel for the guy.