Check Out The Luxury Condo Cam Newton Is Selling In Charlotte For $2.9 Million 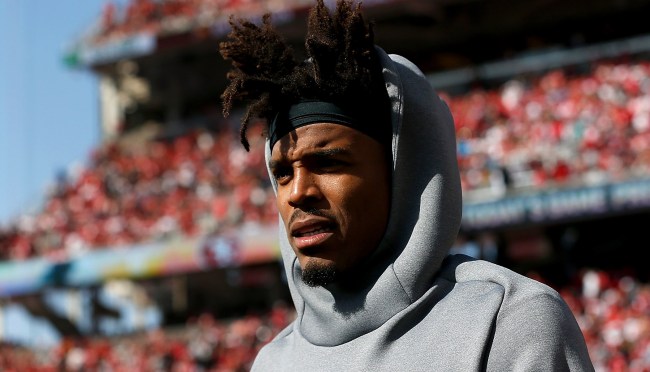 Now that he is a member of the New England Patriots after spending all nine years of his NFL career playing for the Carolina Panthers, Cam Newton no longer has need for a home in Charlotte, North Carolina.

Therefore, Newton has put his luxury condo, which records show he paid $1.6 million for back in 2012, up for sale for the low, low, low price of just $2.9 million.

Inside this baller 3,335 square foot condo, which takes up half of the fifth floor of the building known as The Trust, you get three bedrooms, three and a half bathrooms, state-of-the-art kitchen featuring Sub Zero, Bosch, Miele, and Wolf appliances, a “zen-like” master bedroom retreat, and a Crestron home automation system.

The property is called “the most exclusive address in Uptown Charlotte,” and it’s the truth as one of Newton’s neighbors in the building is none other than NBA legend Michael Jordan, whose condo takes up the entire seventh floor.

No word on if the full-size Pepsi machine emblazoned with Newton’s likeness comes with the purchase of the home.