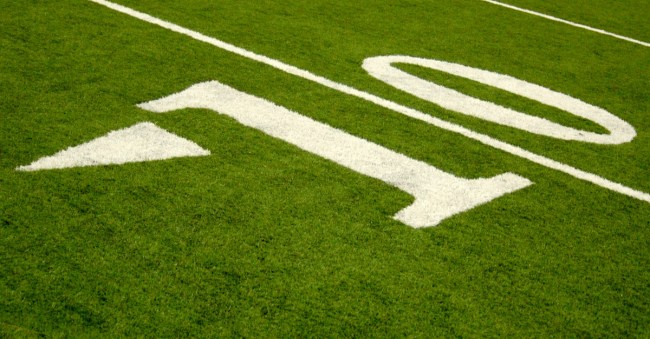 Over the last several weeks, the College Football Playoff Selection Committee’s decision to include Oklahoma (and to a lesser degree Notre Dame) at the expense of SEC East champion Georgia, Big Ten champion Ohio State and undefeated UCF, had many (including Big Ten Commissioner Jim Delaney) calling for expansion of the current 4-team field; perhaps as soon as 2020 (halfway through the 12-year pact with ESPN). The 8-team proposal being discussed would ensure each of the P5 conference champions and a Group of 5 team are afforded the opportunity to compete for a national championship, along with 2 at-large teams. But Clemson’s bludgeoning (30-3) of Notre Dame in the Cotton Bowl and Alabama’s dominance (led 28-0, 45-34 final) over Oklahoma in the Orange Bowl has changed the public narrative over the last 2 days; with blowouts in semi-final games now the norm (teams have won by 20 points in 5/10 games), some are wondering “maybe instead of moving to 8 we should go back to 2.”

Howie Long-Short: The decision to move from the old BCS system to the current playoff format was driven by the desire to grow revenues not to increase the number of teams competing to win the national championship, so there’s no chance of going back to 2 teams; in fact, Wisconsin A.D. Barry Alvarez deemed expansion “inevitable.”

ESPN currently pays an average of $470 million/year (deal signed in ‘12) for the rights to broadcast 3 playoff games. Expansion to 8 teams would mean the addition of 4 games, so one can assume the games would be worth upwards of an additional $600 million/season (one extra game, slightly lower ratings, deal is 6 years old) to the conferences/teams. It won’t be all newfound revenue though, with playoff expansion would come the elimination of conference championship games and the revenues that come with them.

Delaney says the Playoff Committee has failed to follow Selection Committee Protocol, electing participants based on win/loss records without accounting for scheduling inequities (see: SEC teams only plays 8 conference games, Big Ten teams are playing 9). He’s not wrong (it’s a joke SEC teams play FCS teams in November), but it’s naive to think his push for expansion isn’t motivated by the conference failing to put a team in the playoffs the last 2 seasons.

While Delaney said the conference “would definitely have conversations” about expansion, it’s unlikely the Big Ten will be the ones leading the movement; expanding to 8 teams will further devalue the bowl system and the conference co-owns the most valuable bowl game. ESPN pays $80 million/year for the broadcast rights to the Rose Bowl Game.

Fan Marino: It’s inevitable that with 5 power conference champions (+ undefeated Notre Dame) and just 4 playoff spots that teams are going to feel slighted, but expanding to 8 doesn’t solve Delaney’s argument relating to protocol; it simply changes the conversation from whether the 5th or 6th ranked team was worthy of inclusion to the 9th or 10th ranked team.

Expanding to 8 teams ensures teams with 2 losses are going to have a chance to play for a national title and I can’t support that. I appreciate the importance of each regular season game and enjoy watching early season games knowing that a single loss could end a team’s hopes of playing for a national championship.

If expansion is in fact inevitable, there is one positive for college football fans; the quarterfinal games are all but certain to take place on the campus of the higher ranked team. That should make for some raucous game environments.