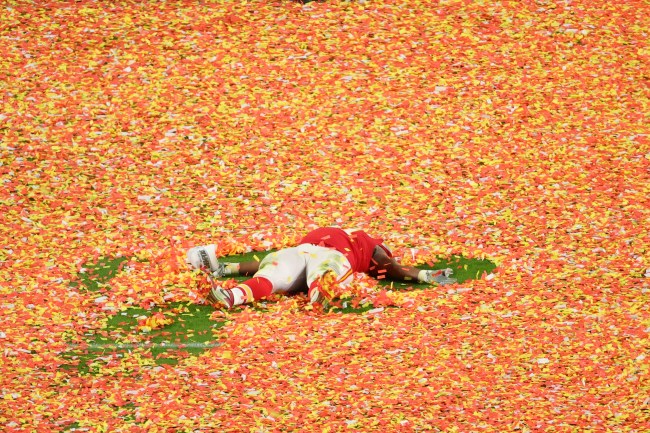 Before the confetti had even settled at Miami’s Hard Rock Stadium the oddsmakers in Las Vegas were already predicting who would win next year’s Super Bowl LV at Raymond James Stadium in Tampa, Florida.

It shouldn’t come as a shock to anyone that Patrick Mahomes and the Kansas City Chiefs are oddsmaker’s favorites to win it all next year. They’re definitely set up for success over the next few years and that’s reflected in their 6-1 odds to win Super Bowl LIV.

I truly believe that anyone putting serious thought into these rumors of Tom Brady leaving that Patriots is either a complete dipshit or someone who is trying make money off of clickbait. Yes, he could leave New England but it makes zero sense. Is the 43-year-old quarterback really expected to go somewhere new and put his trust into an offensive line of guys he’s never met? That ends with him either getting tackled in half and stretchered off the field in agony or he just needlessly tarnishes his legacy in New England by leaving for some inexplicable reason.

Oddsmakers don’t seem at all phased by the rumors and the New England Patriots are listed at 14-1 according to Caesars Sportsbook.

Here’s a look at the very first futures on next year’s Super Bowl LV winner:

As a Tampa Bay Buccaneers fan, I REALLY hoped my team would be in better shape going into next season. The dream of your team playing in a Super Bowl in their home stadium is so good but there’s really no shot in hell the Bucs compete for it all next year.

The Raiders at 30-1 seems like a suckers bet. They’re moving to Las Vegas. A new city, new stadium, new homes, new weather, new everything. I can’t imagine that a complete lack of stability will be good for a squad.

And the Browns at 25-1 next year? Really?!? Didn’t we have a chance to move past that hype this season? Do we really have to do this again?