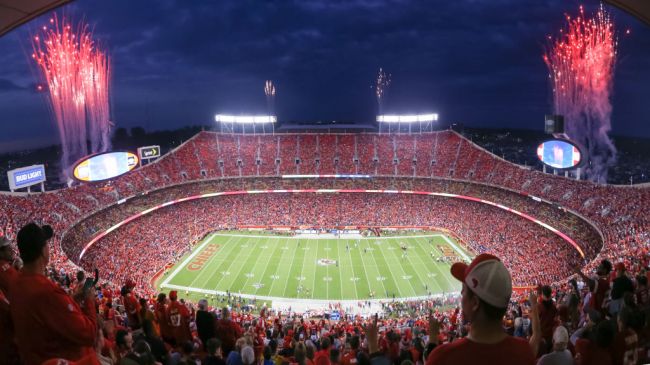 The Chiefs apparently didn’t plan on blowing out the Pittsburgh Steelers.

On Sunday night, the Kansas City Chiefs absolutely destroyed the Steelers and had 42 points early in the fourth quarter.

After scoring their sixth TD of the game, the Chiefs announced that they had run out of celebratory touchdown fireworks at Arrowhead stadium.

Man, do I wish the #Bears had theses kind of problems. pic.twitter.com/hFpupajeoJ

They’ve run out of Fireworks at Arrowhead again. #Chiefs pic.twitter.com/TzEtZUJQLe