Take A Look Inside The Stunning $6.3M Beach House Christian Yelich Is Selling In Malibu 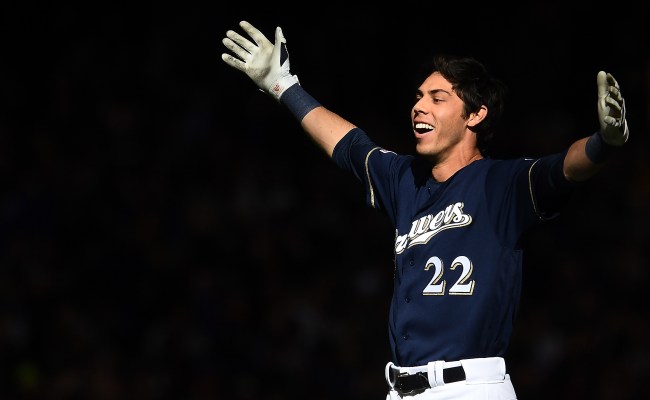 Considering the fact that back in March of this year Christian Yelich signed a nine-year, $215 million contract extension with the Brewers, it’s little wonder that he’s looking to upgrade his home.

I mean, really, is 2,500 square feet really enough for someone who can call themselves the 2018 National League MVP? I think not.

The property lists Yelich’s mom Alecia Yelich, who went viral this past Mother’s Day for looking so young, as his realtor. So, if he can fetch the $6,295,000 price tag he is asking, his mom stands to make some serious cash as well.

If you interested in possibly making a new home purchase, you could definitely do worse than this sweet beach house in Malibu, located not too far from where Yelich grew up in Thousand Oaks, Calif.

Modern beach house beautifully finished with special attention to design and detail. Minutes from the Pacific Palisades & Santa Monica. This 3 bedroom home includes a gourmet kitchen, impressive media/family room with wet bar, and mezzanine, elevator and fabulous roof top deck. Luxurious Master Suite with fireplace. The living room includes walls of glass facing the ocean and a large private rooftop deck with spa. One of the finest on the beach. This home is a MUST SEE!

According to Variety, this is just one of three homes Yelich owns in the area – another one in Malibu and one in Westlake Village.