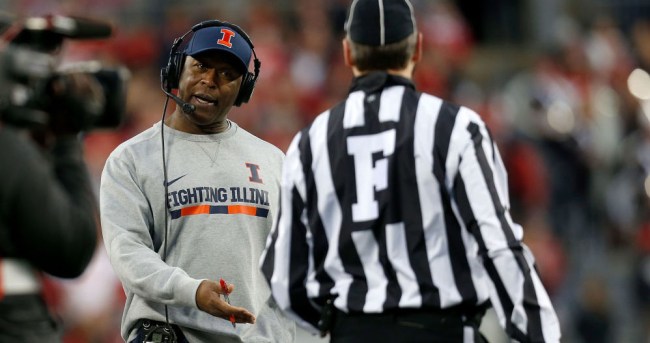 Smith, who has ties to the Tampa area thanks to two stints with the Buccaneers, once in the late 1990s-early 2000s as an assistant coach who helped develop the Tampa 2 defense with his boss Tony Dungy, and again in 2014 and 2015 as the team’s head coach, seems to be having trouble selling this home.

The list price Smith initially put on the mansion back in October of 2017 was $4.8 million. However, now Smith has cut the price for the second time since then and is currently asking for just $3.7 million. Considering he paid $3.8 million for it in 2014, this estate is now looking like a steal for a potential buyer.

The 10,100-square-foot mansion was built in 2002 and has six bedrooms, eight baths, and is located on nearly 13 acres in a privately-gated community that includes the Tampa Palms Golf and Country Club.

And that’s just the beginning. Check out these details about the home from Realtor.com (where you can see more photos, both inside and out)…

Oh yeah, there is also garage storage for seven cars, a circular driveway, a billiard room, a formal dining room, an 800-plus bottle wine cellar, a home gym, a shuffleboard court, a putting green, a misting system and full audio/video security.

And it can be all yours for somewhere in the neighborhood of just $21,728 a month in mortgage payments.