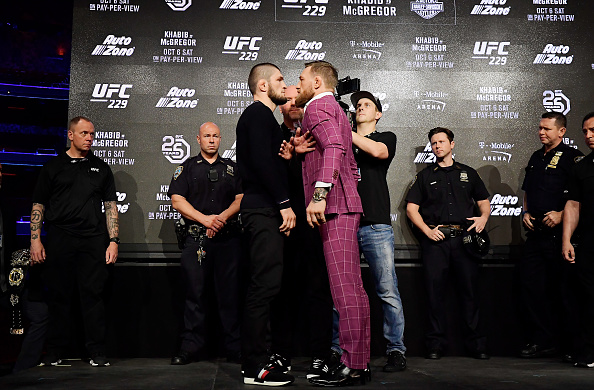 According to Russell, “Noah” is Abdelaziz’s son who he allegedly left behind when he became an FBI informant.

FYI, Noah is the son Ali abandoned in Colorado when he started as an informant for the NYPD and who he is $50k behind in child support for. @TheNotoriousMMA does his homework when preparing for war.

A source close to the family says Ali Abdelaziz recently tried to clear up his more than $50k in 11 yrs of outstanding back child support by offering to pay his son he ditched in 2006 $10k. The lowball offer came with a caveat that his mother who raised him not get a dime of it.

Noah isn't the only ghost from Ali's past @TheNotoriousMMA knows about. This is only round 1.