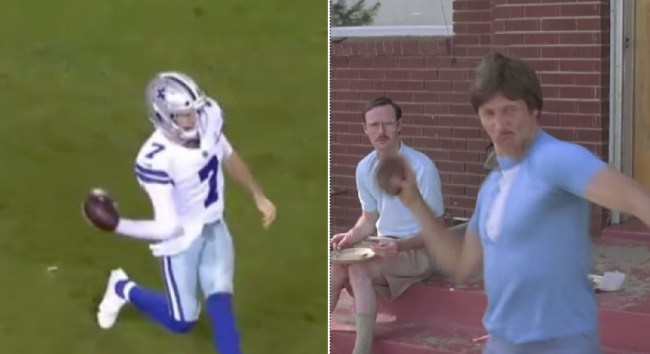 The Dallas Cowboys were forced to play third-string QB Ben DiNucci against the Eagles on Sunday Night Football after Andy Dalton went down last week with a head injury and things aren’t going well on offense.

In the second quarter of the Cowboys-Eagles game, DiNucci tried to pull off a Patrick Mahomes’ sidearm throw and failed miserably.