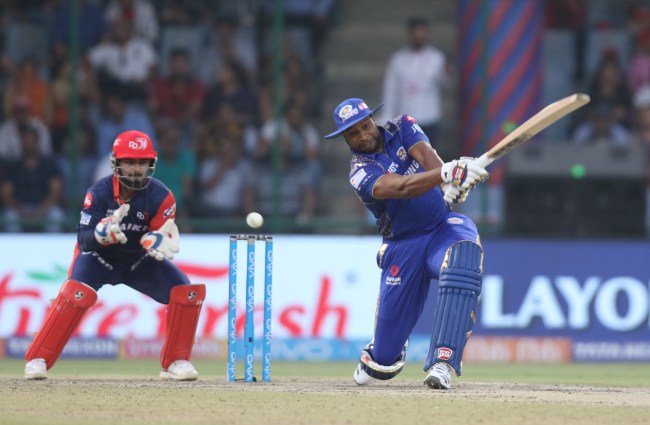 Indian Premier League (IPL), India’s most profitable sporting league, generates more sponsorship dollars annually than Major League Baseball; despite its season being just 47 days long. Last year, in just its 11th season, IPL took in $1 billion in sponsorship revenue; 12% more ($892 million) than its baseball counterparts (founded in 1903). It’s not just sponsorship dollars that are ballooning in cricket though, newly signed broadcast deals, the rising value of title sponsorship rights and the increasing brand value of the individual teams has sent the league’s valuation soaring +26% (to $5.3 billion) over the last year. As former General Manager of the BCCI (Board of Control for Cricket in India) Amrit Mather explained, “cricket has shown through the IPL that it defies normal economics. Investing in cricket is a no-brainer.”

Howie Long-Short: Rupert Murdoch is certainly on board with Mather’s assessment. Back in September ’17 Fox acquired (Facebook and Sony were also interested) global broadcast rights to the IPL; agreeing to a 5-year deal worth $2.5 billion. In April, subsidiary Star India bought the television and digital broadcast rights to Indian cricket for $944 million (5 years, through ‘23), a +51.2% increase over the terms of their expiring deal. On a per match basis, Fox is paying just slightly less for Indian cricket than for English Premier League rights and more than both the NBA and MLB command. It should be mentioned that Indian cricket and IPL rights are likely headed to Disney as part of their $71.3 billion acquisition of FOXA film and television assets.

Vivo, a Chinese phone manufacturer, is the title sponsor of the IPL. The company paid $340 million for the annual tournament to be known as the Vivo IPL until ’22, a +554% increase over the value of their previous deal. Vivo is a subsidiary of BBK Electronics Corporation, the largest smartphone seller in India and the 3rd largest in the world. BBK Electronics is a privately held entity, there are no ways to invest in the company.

Fan Marino: You know how they turned a game from the 1500s into a commercial success? They shortened the length of the matches! Games that once took days, have been streamlined (known as Twenty20) to 3 hour blocks (max). Baseball purists won’t be on board, but MLB should consider doing something similar; attendance is down 10% (lowest in 15 years), primetime TV ratings were down 6% in ’17 and the sport has an aging fan base (57 years old, up from 52 just 5 years ago). I propose the 27 rule (I just coined that name); 2 hours or 7 innings, whatever comes first.

Comcast Out of Fox Bidding War, Focused on Landing Sky

Comcast has dropped out of a bidding war with The Walt Disney Company (DIS) for 21st Century Fox’s (FOXA) film and television assets to focus its efforts on acquiring Sky Plc (SKYAY), the “crown jewel” of the Fox portfolio. By pulling out of the competition for Fox’s entertainment assets, Comcast avoids bidding up the implied value of SKYAY; the consequence of an “arcane provision in U.K. takeover rules”. Back on July 11th, Comcast (CMCSA) improved its cash offer for the European cable provider by 18% (to +/- $19.50/share, $34 billion); a 5% premium to the latest FOXA offer. Disney has indicated in regulatory filings that it will determine if FOXA is to continue with its pursuit of SKYAY; no decision has been made and one is not expected prior to the DIS shareholder vote on July 27th (re: Fox acquisition).

Howie Long-Short: Comcast’s decision to drop out of the bidding all but ensures that The Walt Disney Company (DIS) will take down the Fox film and tv assets. Of course, DIS had always been considered the front-runner for those FOXA properties having submitted the highest offer ($71.3 billion vs. Comcast’s $65 billion) and maintaining the support of both Rupert Murdoch and President Trump. Comcast shares popped 3% on the news, but nearly all gains realized were lost by Friday’s close ($34.30).

CMCSA appears to be willing to split the spoils with DIS, taking SKYAY and leaving the balance of the Fox assets for Disney’s taking. Comcast is now well positioned financially to outbid Disney should they make an aggressive play for SKYAY. BTIG Analyst Rich Greenfield expects that to happen saying, “while it is certainly possible that Fox (and in turn, Disney) is going to walk away from Sky and not match/exceed Comcast’s offer, it does feel hard to believe.”

SKYAY is the asset that Comcast really wants. The British pay-TV service could bring both the original content and distribution (satellite & broadband) capabilities to make the alliance “a mini Comcast-NBCU”. Adding 23 million subscribers across 7 countries, also give CMCSA the international expansion it seeks as the company strives to keep up with Amazon and Netflix in the global streaming race. While Comcast seeks 100% of Sky (including FOXA’s 39% stake), the company appears willing to settle for majority ownership; it’s unclear if Disney intends on selling its stake.

Dan: Sky is the stronger sports specific acquisition with a robust portfolio not only in the UK, but other significant European markets. The crown jewel is obviously Premier League, but F1, Cricket and Golf are significant as well. Sky Italia offers up premium content after just renewing Serie A rights in Italy and Sky is a player in Ireland Spain, Germany and Austria.

Editor Note: Fox assets include Star India and Fox International channels, but no domestic rights. Comcast (had they continued pursuit of Fox assets) also intended on divesting the 22 RSNs to avoid anti-trust concerns.

Fan Marino: As Dan notes, SKYAY’s portfolio of sports broadcast rights is impressive (particularly the EPL), but the control over and value of those rights remains tentative. Exclusive broadcast deals cannot be counted on to last and as MoffettNathanson analyst Craig Moffett astutely pointed out, “absent these exclusives, Sky is, well, just satellite TV.”