Cubs Split From Bulls, Blackhawks And White Sox To Launch Their Own RSN 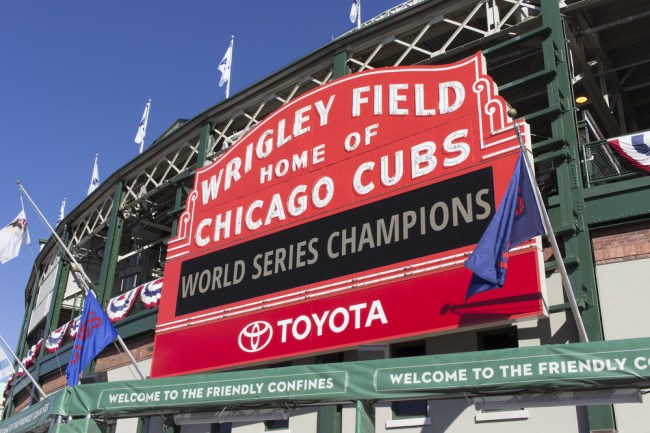 Cubs Split from Bulls, Blackhawks and White Sox to Launch Their Own RSN

NBC Sports Chicago has agreed to a new 5-year multi-platform media rights pact with the Chicago Bulls, Blackhawks and White Sox, pending NBA, NHL and MLB approval. As of October 2019, all 3 teams’ regular season (excluding nationally televised broadcasts), pre-season and spring training games, plus Bulls and Blackhawks 1st round playoff games, will air exclusively on the Chicago RSN; WGN will no longer have broadcast rights to games. The news would also seem to confirm long-standing speculation that the Chicago Cubs are poised to launch their own television network come February 2020 (start of Spring Training); the team’s games will remain on NBC Sports Chicago through the end of the 2019 season.

Howie Long-Short: The Cubs, Bulls, Blackhawks and White Sox are currently equal partners (along with NBC Sports Group) in NBC Sports Chicago, but the Cubs are the network’s crown jewel. The Bulls, Blackhawks and White Sox will all see their stakes in the RSN rise from 20% to 25% come October ‘19, but it’s worth wondering if the network will run into carriage issues without the broadcast rights to North Sider baseball games?

Chris Lencheski is an experienced global sports, media, and private equity executive with c-suite stops at Comcast-Spectacor, TPG Specialty Lending, IRG Sports and Entertainment, SKI & Company and currently an adjunct professor at Columbia University. I checked in with Chris to get his thoughts the subject.

Chris: No, there won’t be any significant carriage issues. There’s more than enough people who are interested in the White Sox, Blackhawks and Bulls. The issue becomes if the various cable companies begin to push back on the $4.35 or $4.50 per subscriber fees during the next set of carriage negotiations. While that’s possible – they’re pushing back on lots of things –  NBC Sports Chicago will still have live professional major league sports and that content is still the best content you can have; you can’t make any more of it and there’s a finite amount of live sports programming in Chicago.

The Cubs decision to form their own “Marquee” (note: that’s the proposed name) network was derived from the Rickett’s family’s desire to continue growing revenues, but that doesn’t mean the team plans to go direct to consumer. Instead, the Chicago baseball club will align with a cable operator that can offer widespread distribution (think: Sinclair Broadcast Group) and bring some much-needed experience in both carriage negotiations and game production to the venture; issues that have plagued other start-up sports networks (see: Pac-12 Network). I asked Chris if there is any potential fiscal downside to the Cubs decision to start their own RSN?

Chris: No, even if the new network fails to generate the $3 – $4 per subscriber that NBC Sports Chicago gets, Marquee is still going to spin off significantly more revenue than the 20% that the team was going to get under the terms of their previous deal. Given that the franchise generates 3-4x the ad dollars in market (relative to the other 3 Chicago teams), the advertising dollars’ migration to Marquee is going to be significant; and that’s before any hybrid DTC model is applied, which will afford advertisers even more dynamic integration to Cubs fans.

In addition to their interest in partnering with the Cubs on an RSN, Sinclair has been mentioned as a potential investor in the YES Network (80% is for sale, $5-6 billion valuation) and is known to be in pursuit of the other 21 Fox RSNs currently on the market; CEO Chris Ripley recently called them “good fit with the [company’s existing] broadcast footprint and operations (from a cost savings standpoint).” The publicly traded (SBGI) telecom conglomerate, which owns more local TV stations than any other company in U.S., envisions the regional sports networks as the catalyst needed to grow their expansive cable business.

Fan Marino: Howie spent a lot of time talking to Chris about the financial impact of the Cubs decision to launch an RSN, but I wanted to find out how a Cubs owned television network would impact the on-field product?

Chris: Simply put, the team is going to generate much more free cash flow over the next several years. That will allow them to sustainably compete for players with the Yankees, Red Sox and Dodgers – all of whom have RSN-type models contributing to their ability to be competitive.