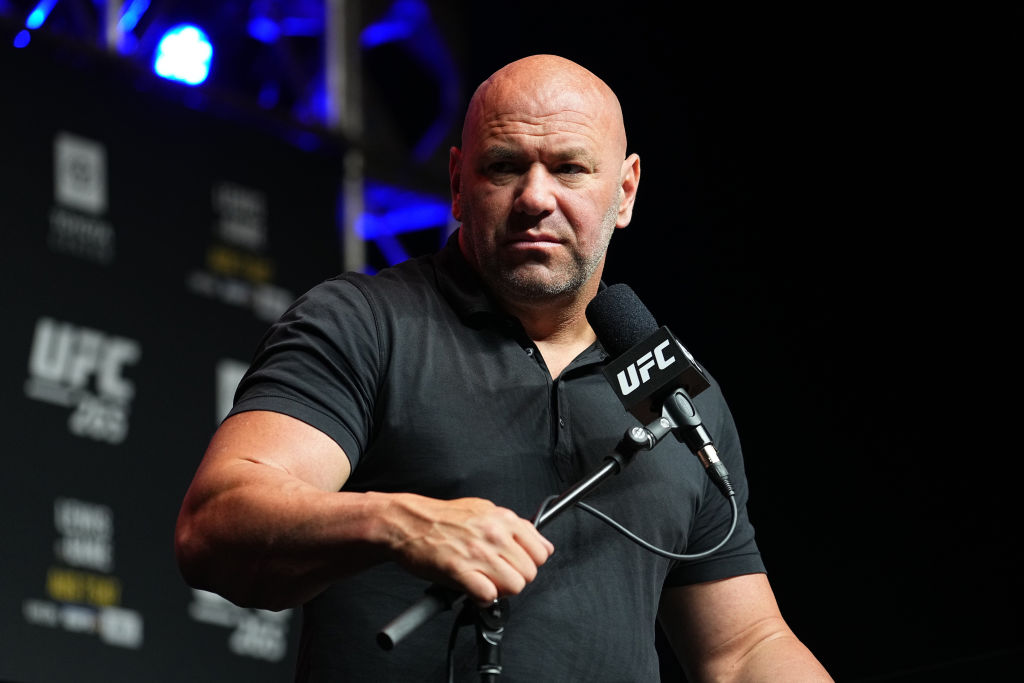 Being Dana White seems like a pretty good gig. He’s the President of UFC and has an estimated net worth of over $500 million (and counting). He lives in a borderline palace in the desert (Las Vegas) and after seeing his house I’m in awe.

Dana allowed the film crew from Men’s Health to take a quick tour of his mansion, his private luxury gym, and he opened up his fridge to show the world what’s inside of Dana White’s refrigerator on any given day.

The amenities in Dana’s house are wild. He’s got an ice bath, infrared bed for recovery, a steam room, massage station, and more. And the gym itself has basically everything you’d ever want in a gym. It’s incredible. Hit the play button to check it out:

I could also spend hours admiring Dana’s outrageous car collection. He has a Datsun B210, a vintage Ferrari Testarossa, 69 Ford Bronco, a 1971 Plymouth Barracuda, a Defender, BMW, all sorts of motorcycles, another Ferrari, an Escalade, and I’m sure there are more, that’s just from a random list I came across in this article I found on Google.

I said it above and I’ll say it again. Being Dana White seems like nice work if you can get it.