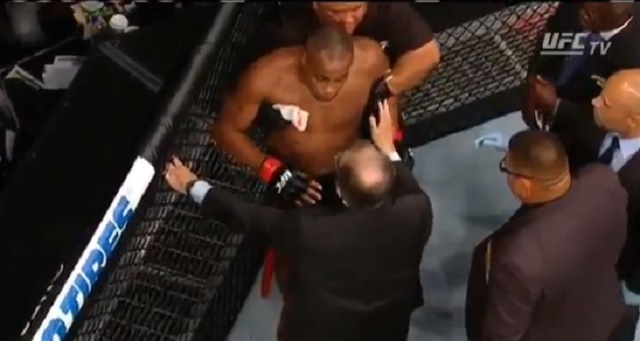 Daniel Cormier had a rough Saturday night at UFC 214. The former light heavyweight champion suffered a devastating TKO loss to his longtime rival Jon Jones and was extremely emotional during a post-fight interview with Joe Rogan.

While Cormier’s post-fight interview was rough to watch, this new overhead cage footage of Cormier recovering from his KO is absolutely terrifying.

(VIDEO) This overhead camera shot stays on Daniel Cormier for a few minutes following the knockout loss to Jon Jones. Not an easy watch. pic.twitter.com/5UIUDvGGIH

It’s kind of fucked up that Cormier was stopped from going into the locker room and was later forced to do a post-fight interview while still concussed. Hopefully the UFC sees this and changes their post-fight policy in the near future.