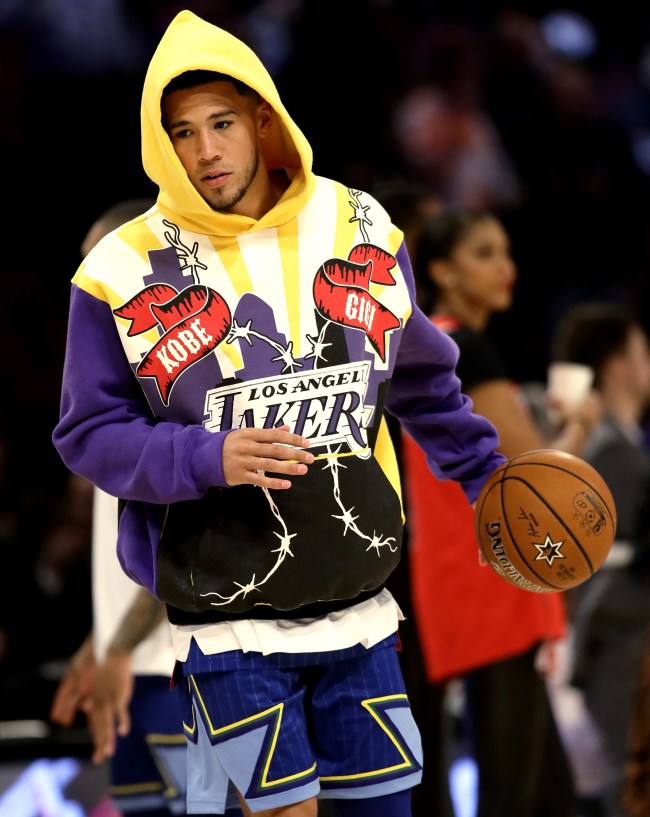 Booker’s Paradise Valley home, located on a secluded lot in the luxe Kachina Estates, recently hit the market with a bit of a markup, priced at $4.195 million.

It’s still a pretty good deal though when you consider the home comes with state of the art finishes, four bedrooms – one of which is a large master suite with huge closet, large tub and walk-in shower – while the other three are all en-suite giving the home a total of 4.5 bathrooms.

The house also boasts home automation, a chef’s kitchen, a great room that opens using retractable glass doors to a covered outdoor living area with a pool and private spa, a dining room with wine storage, a butler’s pantry, a theater room, a 4-car garage and a gated driveway.

Also, according to Realtor.com, “The home doesn’t look like it’s gotten a whole lot of use, and the listing photos show the property sitting empty.”

Booker’s brother just received his real estate license so that also could explain why the property has not been used much and is back on the market.

And, based on Realtor.com’s payment calculator, Booker’s mansion can be all yours for just $19,029 a month in mortgage payments, with a $839,000 down payment.

Anyone want to go halfsies?

While competing in his first All-Star Game, Devin Booker found time over the weekend to list his Arizona home for sale.