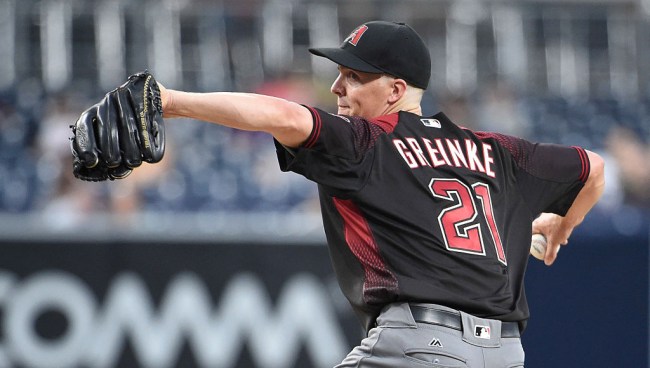 Back in 2013, pitcher Zack Greinke signed a six-year $147 million contract with the Los Angeles Dodgers. He only ended up playing three years in L.A. on that contract before being dealt to the Arizona Diamondbacks.

So, the former Cy Young Award winner really has no use for the giant, 10,015-square-foot mansion and gated compound he owns in Studio City, California anymore.

The three-story house features custom stained-glass clerestories, custom millwork, pitched ceilings done in maple, a receiving room with a wet bar, five fireplaces, a home theater, an open-plan chef’s kitchen, an art studio, an office/nursery, a gym, a library/study, a media room, seven bedrooms, nine full bathrooms, two powder rooms, a nine car motor court, a wraparound patio, a pool, spa, putting green, waterfall, and a wooden bridge that crosses under an oak tree to the one-bedroom guesthouse with its own garage, kitchen, and game room.

Interested? According to Realtor.com’s payment calculator, it can be all yours for around $38,284 a month in mortgage payments. What a steal.