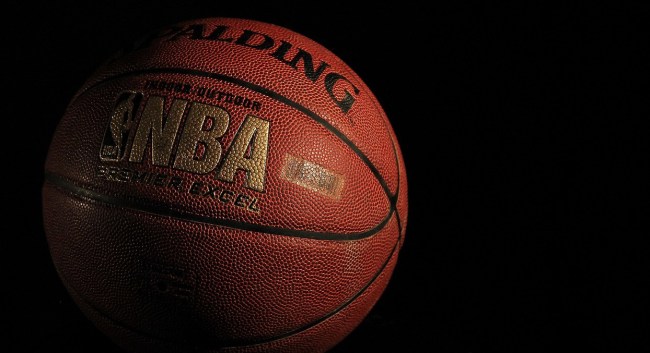 In an “unplugged” interview with ESPN’s Ian O’Connor, New York Knicks (and Rangers) owner James Dolan acknowledged that while “nobody in my family wants to sell” the teams, that as “the head of a public company” he has “a responsibility to the shareholders”; implying he would part the pro sports franchises if he were to receive a satisfactory offer for them. Dolan noted that he has entertained conversations about the prospects of selling the Knicks and that “the price point discussed was around $5 billion”, though no “bona fide offer” has ever been received. The Madison Square Garden Corporation has since released a statement looking to extinguish rumors that Dolan is actively looking to sell the NBA and/or NHL franchise, saying that “there are no plans to sell the Knicks or the Rangers.”

Howie Long-Short: Dolan and his 5 siblings “like being owners” but their preference to retain the Knicks is financially driven, it’s their belief the family’s trophy asset “gets more valuable every year” and “that (trend) will continue to go on.” They haven’t been wrong up to this point, at least not if you put stock in Forbes’ valuations; the publication has estimated that the team’s value has risen from $1.4 billion in ’14 to $3.6 billion in ’18 and I’m confident they’re right about the team’s valuation moving forward too. As the value of media rights continues to rise, so too will the worth of the league’s clubs.

The mercurial Knicks owner downplayed the value of the Knicks and Rangers as businesses, pointing out that team revenues (only) experience “single-digit growth. There’s really not any way to get it to go beyond that.”

I asked Scott Rosner, Academic Director of the Sports Management Program at Columbia University, why Dolan would look to downplay his pro sports teams as businesses?

Scott: As a revenue business what he said is accurate, the NBA is a mature business; revenue growth in a good year is high single digits. He didn’t really address the valuation part of it, other than to say that the team’s value keeps going up. But, much like a stock price, that only matters if he plans to sell; and he’s made it clear that is not the case.

Back in June, it was rumored that MSG was considering spinning off its sports franchises from its entertainment properties; a move many assumed was a precursor to the eventual sale of the teams despite Dolan’s denials. The news sent MSG shares skyrocketing to an all-time high ($330), but the excitement certainly appears premature. There’s a reason why Dolan has never received more than cursory interest in either of his marquee franchises. As Scott Rosner explained, it has less to do with the asking price and more to do with where the teams will play.

In addition to the Knicks and Rangers, Madison Square Garden Company (MSG) owns the New York Liberty. However, unlike the family’s prized assets, Dolan and Co. are looking to unload the WNBA franchise; the club announced it was seeking a seller back in November ‘17. That’s because Dolan doesn’t believe he knows “how to be successful with the Liberty”; despite their best marketing efforts, the club has been unable to sell seats.

Fan Marino: At $3.6 billion, the Knicks are the NBA’s most valuable franchise and Forbes pegs the Rangers at $1.55 billion (+3% YoY), making it the most valuable NHL club for a 4th straight season. If early season attendance is an indicator though, there are serious doubts the Rangers will make it 5 straight years come 2019.

The NHL is a “gate driven league”, so a decline in attendance will put a dent in team revenue totals (if there isn’t an increase in the ticket price to offset it) and while the Rangers are drawing 600 fewer fans/game, the league’s 2nd most valuable team (Toronto, $1.35 billion) has managed to continue its sell out streak through the season’s first 15 home games; combine that with the fact that the Maple Leafs valuation rose at a faster rate (+4% YoY) than New York’s did in 2018 and its apparent Canada’s most popular club is closing the gap on the #1 spot.