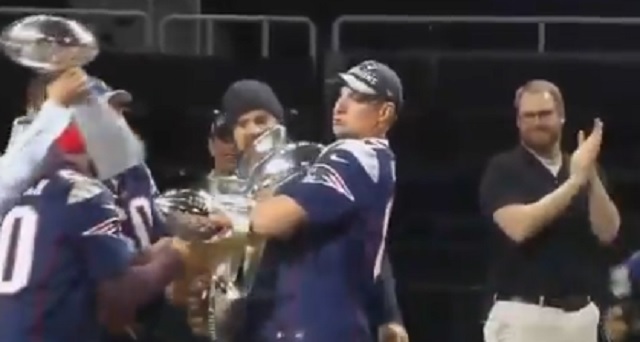 Watch as Gronk tries to juggle several Lombardi trophies which almost ends in catastrophe as he nearly loses control of them all.

Then he got the crowd to boo Roger Goodell.