Take A Look At The Monstrous Miami Beach Mansion Dwyane Wade And Gabrielle Union Are Selling For $32.5M 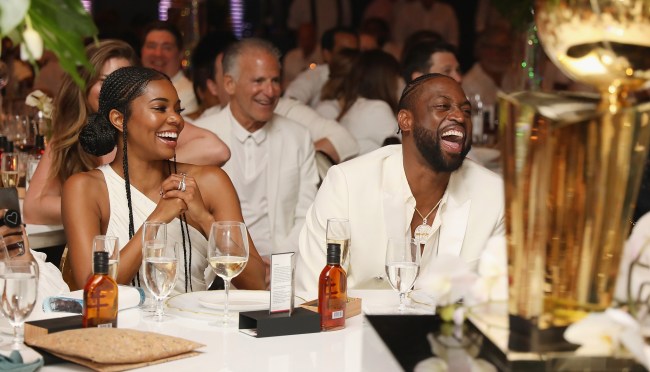 Now that Dwyane Wade’s Hall of Fame NBA career is officially over he’s ready to move on, and move out of his massive Miami Beach mansion.

Located on Biscayne Bay, the 14,000-square-foot home is a masterpiece of modern architecture (which might help explain the whopping $32.5 million price tag).

Wade paid “only” $10.645 million for the property in 2010, but he and Union have made numerous renovations to the house over the past decade.

It wouldn’t be the home of an NBA star without a basketball court. https://t.co/rH2K2mjePz

Now that he is retired, Wade will be spending most of his time in Los Angeles with his wife who stars on Bad Boys spinoff L.A.’s Finest and serves as a judge on America’s Got Talent, and his son who will be teaming up with LeBron James’ son at Sierra Canyon high school.

Here’s a description of the home from its listing on Realtor.com…

Sounds pretty dope. And for somewhere in the neighborhood of $159,719 a month in mortgage payments, plus a $6.5 million down payment, it can be all yours. (It’s a very good neighborhood.)