Eddie Hearn Explains Why Boxing Is Reliant On PPV, DAZN The Single Exception 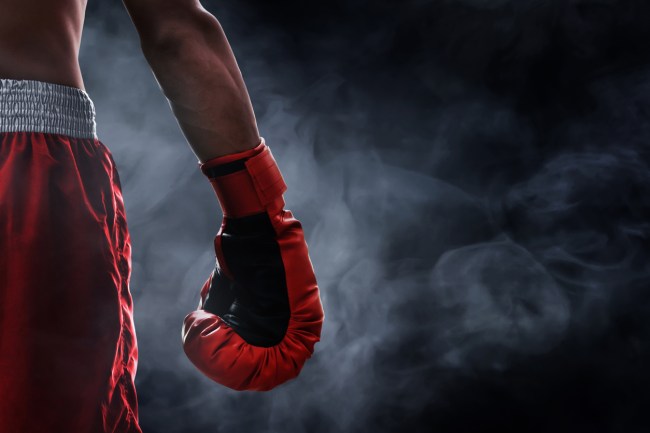 Eddie Hearn Explains Why Boxing is Reliant on PPV, DAZN the Single Exception

WBC/WBA/Lineal & Ring Magazine Middleweight World Champion Saul “Canelo” Alvarez will take on WBA Super Middleweight World Champion Rocky Fielding tomorrow night, live from Madison Square Garden. Alvarez is arguably the sport’s biggest star, but he’s the challenger in this fight as he pursues a world title in a 3rd division (Super Welterweight, Middleweight). Eddie Hearn (Matchroom Boxing) is Champion Rocky Fielding’s promoter. Howie Long-Short had the chance to sit down with Eddie (his father Barry was a legendary promoter) to get his pulse on the American boxing landscape, to find out why purses are rising and to understand why more fights are heading to PPV than ever before.

Howie Long-Short: Boxing has a larger profile in the U.K. (see: Anthony Joshua regularly selling out 80K seats) than it does in the U.S. Why is that?

Another problem with American boxing is the fighter’s profiles aren’t being built up as their careers progress, so when they get to the top, they’re not the stars that they should be. You can’t keep people off TV (see: PPV) and then first start to promote them when they win a title. Fans want to follow that journey.

Even at just 300K buys it made sense for Fury/Wilder to go PPV (break-even was 250K buys), but we’re seeing fights (see: Pacquiao/Broner) that no one is calling for, headed to PPV. Why are we seeing more fights hitting PPV than ever before?

Eddie: There’s now so much money in the sport that other promoters have no choice but to go PPV. There isn’t enough money in TV rights to pay the extortionate purses that are being generated. If fights cost $1 million, you don’t have to go PPV, but they’re not; they’re significantly more. With DAZN coming into the industry and overpaying fighters, Fox and Showtime have had to do the same. The problem is that they don’t have the rights fees to pay the fighters the way that DAZN paid Canelo. The only way they can sign marquee fighters is to offer them a PPV.

DAZN is different in that it has the funding. They’re putting up your (the fans) PPV money. If you look at Canelo/GGG (for example), it did 1 million buys; that’s roughly $45 million into the promoter (split between the sides). DAZN is paying that on the fans behalf.

As you noted, U.S. boxing fans now have a PPV nearly every month. It’s certainly not reasonable to expect fans to spend $1,000/year on PPV fights. Do you expect the price point to come down?

Eddie: Yes, I really do because a good fight like Errol Spence Jr./Mikey Garcia is going to do just 200K buys; that is not good for their profiles and it’s not good for the sport. The purses have just gotten so far out of control. They’ll plateau slightly (and the price of the PPV will drop) when everyone realizes that we can’t maintain this, it (purses out of control, followed by plateau) happened with the PBC launch a couple of years ago.

The price point of PPV events also encourages illegal streaming (see: 10 million illegal streams of Fury/Wilder). When the fight is $20, fans are willing to spend the money; when it’s $80, they’re willing to watch a stream where the quality may not be very good. That $60 difference might be enough to fill your car up for the week, it might help pay for your groceries.

Canelo signed the largest contract in sports history with DAZN. Your biggest star Anthony Joshua has a similar exclusive agreement to fight on DAZN (he’s an equity shareholder, no contract terms have been released). Taking money out of the equation, explain why boxing’s 2 biggest stars are wise to align with the OTT network?

Eddie: If this fight (Canelo/Fielding) was on HBO PPV, it would do 350K-400K buys at $80/per. On DAZN, where you can watch the fight for free, it should (assumes greater awareness) do over a million viewers.

Fan Marino: As the promoter for Anthony Joshua, Eddie was closely watching the Fury/Wilder fight that ended in a controversial draw. I was eager to ask, what did your final card look like?

Eddie: I had Fury winning quite comfortably. The 2 knockdowns made the scoring reasonably competitive. I only gave him like one or two rounds outside of those (2 knockdown) rounds. He got schooled.

When Joshua fights the winner of Fury/Wilder 2, will DAZN carry the fight exclusively?

Eddie: That’s what we want. It’s not necessarily a requirement for us to take the fight. We’ll go to the broadcaster that puts up the most money, hopefully that will be DAZN. We’re not interested in pipe dreams though, as in this fight could do a million buys. Give me a million dollars’ worth of revenue and we have a deal.

HBO is exiting the boxing business making GGG a free-agent. Will he be signing with Matchroom Boxing?

Eddie: He’s talking to everybody, but the big money fights are the Canelo fights (and with Canelo exclusive to DAZN and Matchroom Boxing tied to DAZN, no promoter could put the fight together more easily).

WHAT: Saul “Canelo” Alvarez v. Rocky Fielding
WHEN: Saturday December 15, 2018
WHY: Why not? Boxing’s biggest star is fighting and it’s FREE
WHERE: DAZN
HOW: Join DAZN free for 30 days and live-stream fight night anywhere!