Take A Look Inside The Mansion Eli Manning Is Selling In New Jersey For $5.25 Million 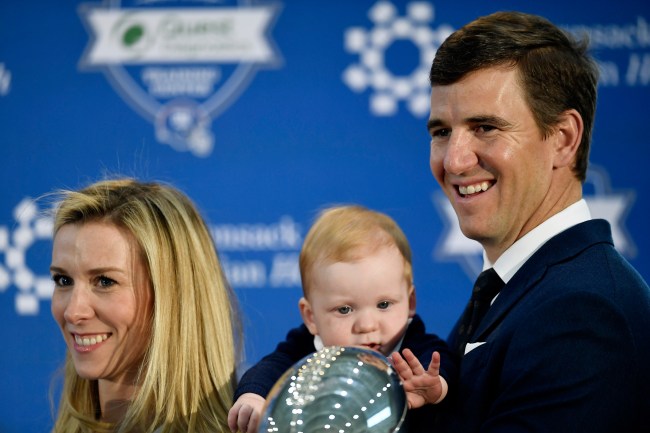 The home, right now listed as the most expensive property currently for sale in Summit, New Jersey (go figure… kidding!), has an asking price of just $5.25 million.

Lord knows there has to be a few diehard Giants fans out there who have enough cash to grab this place just so they can say they live in the same house as their team’s two-time Super Bowl winning quarterback.

It’s a real nice piece of property too.

According to its listing on Realtor.com…

In-ground pool with recently renovated pool house on over an acre.

Temperature-controlled pool house with high-end appliances and golf simulator for year-round use.

I could definitely live there.

Unfortunately, I don’t have the $1.05 million down payment needed, nor can I afford the approximately $29,829 a month in mortgage payments it would take to buy the place.