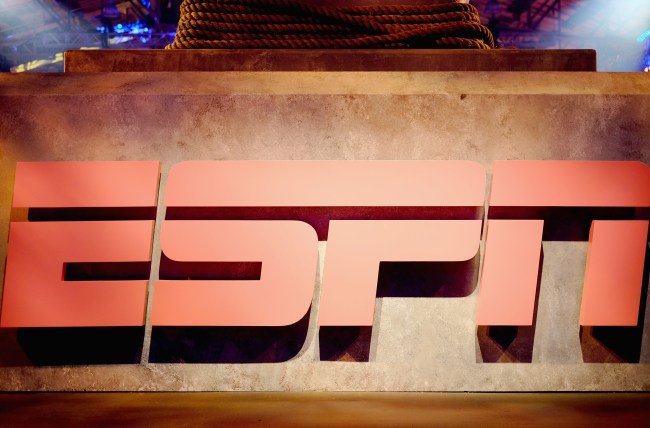 SAN FRANCISCO, CA - FEBRUARY 05: A view of the logo during ESPN The Party on February 5, 2016 in San Francisco, California. (Photo by Mike Windle/Getty Images for ESPN)

ESPN has announced a multi-year deal with Italy’s Serie A to broadcast league matches in the U.S. Most games will air on the WWL’s subscription streaming service ESPN+ (340+), but a Match of the Week will be broadcast on ESPN or ESPN2; those matches also be available in Spanish on ESPN Deportes. The exclusive rights agreement with the Italian futbol league is set to begin on August 18th with Ronaldo’s Juventus debut (8.18.18) on ESPN+.

ESPN also signed a new 7-year deal with Top Rank Boxing to replace the 4-year agreement the companies agreed to back in the summer of 2017. The new pact calls for ESPN to bring fight fans 54 cards/year, 36 of which (includes 24 international cards) will be exclusive to ESPN+ subscribers.

Howie Long-Short: ESPN’s television subscription base continued to dwindle in fiscal Q3 (though not as fast as it had been), ad revenue declined (see: NBA Finals sweep) and programming costs increased, but the company still managed to post mid-single digit revenue growth (to $15.23 billion) for the quarter thanks to rising affiliate fees and “rapid growth in digital MPVD subscribers.” CEO Bob Iger added that ESPN+ is adding subscribers faster than projected. As for Disney, their cable networks business in aggregate reported a 5% decline in operating income (to $1.4 billion); their investment in ESPN+ was among the reasons given for the regression. DIS shares have fallen 2.5% since Tuesday’s earnings call, closing Wednesday at $113.98.

For those wondering about the 22 Fox RSNs, Iger did mention that “the process of selling them” is underway. We wrote on June 29th, that an “established linear player” was most likely to acquire the RSNs (minus YES); mentioning CBS (think: CBS Sports HQ), Turner Sports (T, B/R Live) and Discovery Communications (DISCA, which has made a significant push for rights in Europe) as possible landing spots. Add Sinclair Broadcast Group (SBGI) to that list. CEO Chris Ripley expressed interest in the assets on their earnings call this week, calling them, “a good fit with the broadcast footprint and operations.”

Fan Marino: ESPN’s EVP of Programming & Scheduling Burke Magnus has been vocal about making “ESPN+ home to the world’s best soccer leagues” and by proxy, “an indispensable destination” for domestic soccer fans. While it’s an admirable goal and one that would certainly grow subscriptions, it’s certainly not representative of the splintered market we have today. In fact, with rights spread out amongst so many broadcasters U.S. soccer fans are likely to have to choose the leagues/games they’re willing to forego. It’s certainly not reasonable to expect fans to sign up for ESPN+ ($4.99/mo.) B/R Live ($7.99/mo.) NBC Sports Gold ($50/season) etc. and still carry a $80+/mo. cable bundle to watch games on ESPN, Fox Sports and BeIN.

It needs to be noted that Top Rank will not be promoting the 24 international cards contained within their deal with ESPN. Bob Arum & Co. acquired the U.S. broadcast rights from Frank Warren (U.K.), Zanfer Promotions (Mexico) and Teiken Boxing (Japan).