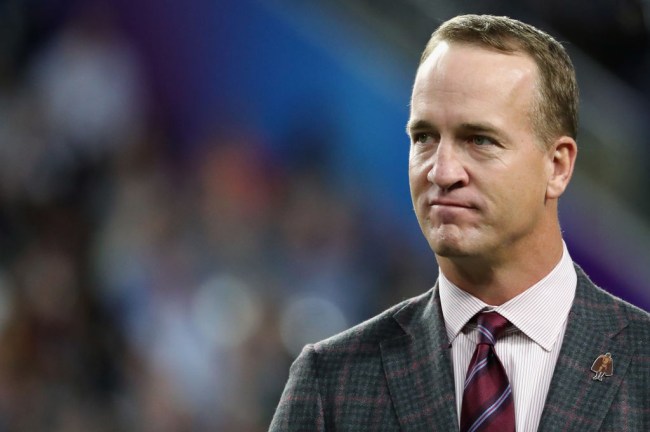 It seems like ESPN and Fox have themselves a good old bidding war. According to a report from the Sporting News, both networks are willing spend up to $10 million to sign Peyton Manning if he decides he wants to jump into the broadcasting booth.

According to the source who spoke with the Sporting News network executives believe Manning would be a bigger hit than Tony Romo was for CBS last season and would easily deliver ratings from middle America.

“Peyton Manning is Tony Romo with a Super Bowl ring,” said the source. “This is a battle for the Midwest. He’s super-popular in the Midwest. He’s got this ‘Aw Shucks,’ thing down pat. The Mannings are the first family of football.”

Seems pretty insane that Manning would get paid more to work on TV than most of the top players in the league. We’ll have to wait and see if Manning ever decides to join the TV ranks because right now he doesn’t too interested.