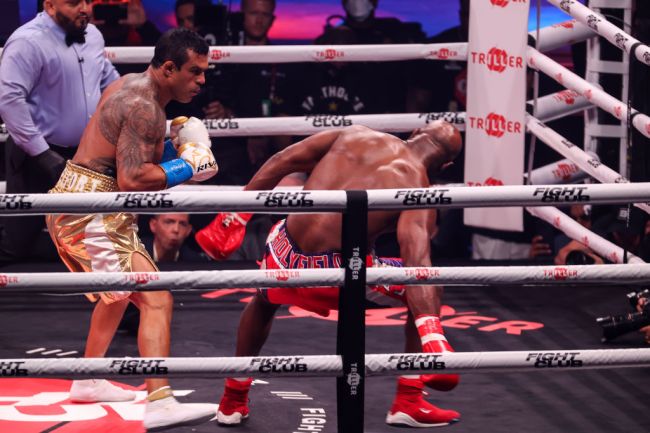 Evander Holyfield apparently got paid very well for his two minutes inside the ring against Vitor Belfort.

On Saturday night, Holyfield got absolutely demolished in his fight against the former UFC champion which ended in the first round.

Vitor Belfort’s pressure proved to be too much for Evander Holyfield.

So why did the 58-year-old retired boxer take on the fight on short notice knowing there was a good chance he would embarrass himself? Money, of course. After the fight, boxing insider Dan Rafael implied that Triller was paying Holyfield $5-6 million dollars to fight Belfort on a week’s notice.