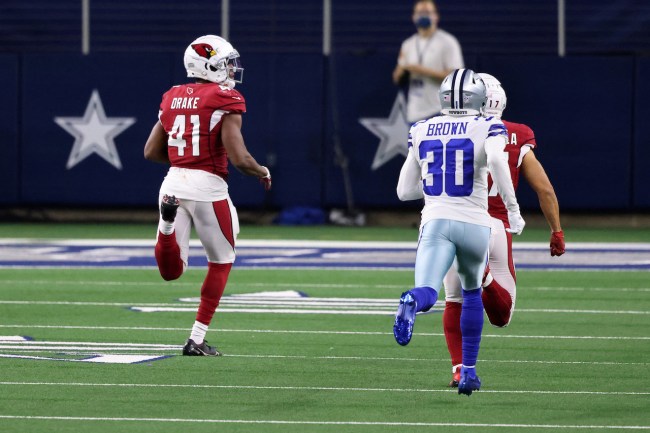 Anyone who’s ever played fantasy football knows that miserable, unfair, ‘WTF just happened…?‘ kind of losses happen all the time. Hell, I once lost a game years ago because of a QB kneel down at the end of a Monday Night Football game, costing me the chance at a playoff spot in my league. In my opinion, it doesn’t get much worse than that.

Oh, but the fantasy football gods often show no mercy week in and week out, and there are plenty of insane ways that people have lost that either resemble my experience or, somehow, even beat such agony. And after seeing the tweet below from one person about his loss this past week, he may stake his claim for the worst loss in fantasy sports history.

OK, so first off, I really, really hate the fantasy football player who joins a league and refuses to update his/her lineup. It’s a damn commitment, guys, so don’t crap out just because you either don’t like your team, start losing because your team sucks and/or because your roster’s been crippled by injuries. Put a little effort into it, because there’s always options to fill your roster with talent.

Second, the fact that no-show fantasy guy on the left even had a chance to win that matchup is preposterous. It was a low-scoring week across the board in the NFL — unless you stacked that epic Tennessee Titans-Houston Texans game — so the perfect storm seemed to happen here. To have it happen and cost a guy his perfect record stings even more.

Third, imagine sticking it out and watching that piss-poor MNF game between the Cardinals and Cowboys thinking you’ve won as Arizona just tries to run out the clock. Then you remember the Dallas defense is pathetic and Kenyan Drake busts out a 69-yard touchdown in garbage time that does nothing for anybody. Like, nobody outside of Drake is happy about that score. Just awful.

The Drake touchdown was awful for the fantasy football player on the right, but imagine being that guy about 48 hours ago and seeing your opponent starting an injured Dak Prescott and Saquon Barkley, and Darren Waller (who was on a bye). It had to be a joyous moment.

Well, until it wasn’t.

If you needed a reminder that nothing’s guaranteed in life, here it is. Damn, fantasy football sure can be mean.