Floyd Mayweather Bought His 5-Week-Old Newborn Grandson A Rolex Watch Worth At Least $45,000 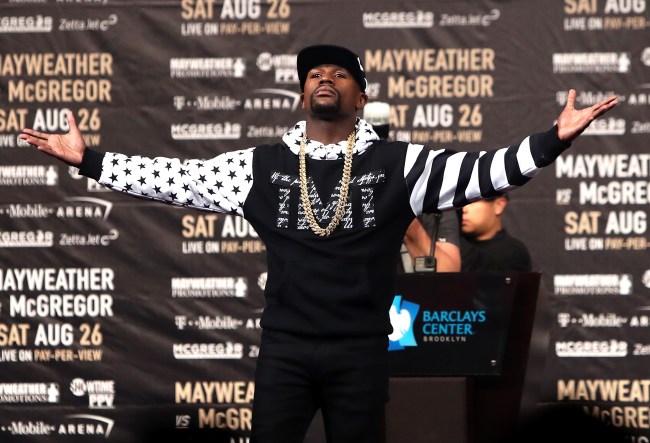 Floyd Mayweather’s newborn grandson, Kentrell Jr., aka KJ, who is his daughter Yaya’s son with rapper NBA YoungBoy, got his first gift from grandpa and it’s expensive. At just five-weeks old, KJ is already rocking a Rolex Oyster Perpetual Datejust, which starts selling at $45,000.

KJ also got to ride on Floyd’s private plane.

Floyd has a thing for expensive watches. Back in 2018, the retired boxer showed off his $18 million dollar watch, called “The Billionare” he bought after beating Conor McGregor.

It must nice to be rich.