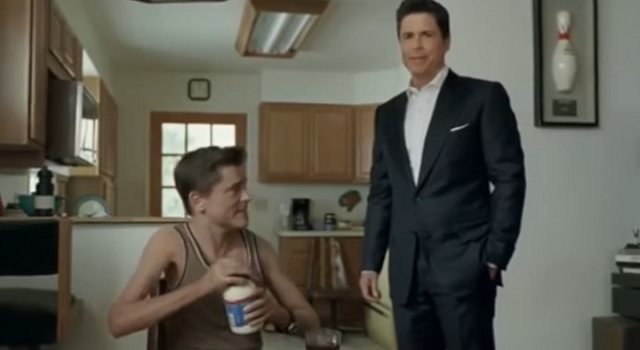 Former Direct TV spokesman Rob Lowe is not happy with his former employer because the Falcons-Seawhawks game is currently being blacked out in the area due to a contract dispute between Direct TV and his local TV affiliates. 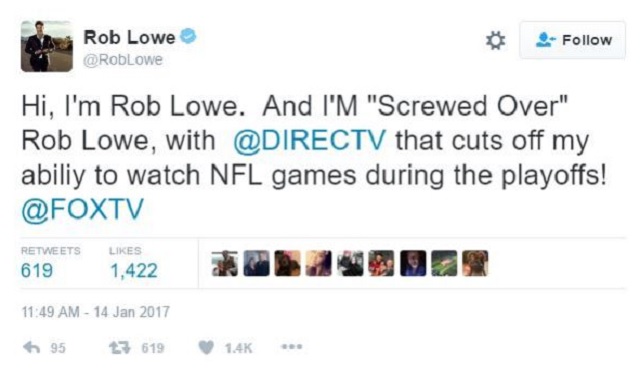 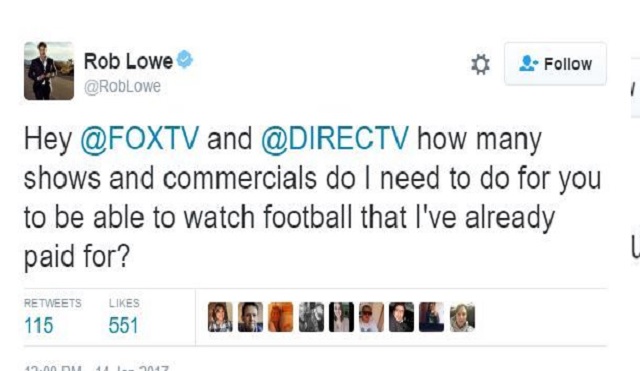 Sucks that several people including Lowe will not be able this weekend’s fabulous NFC playoff games this weekend. Hopefully they’ll get it all resolved soon.