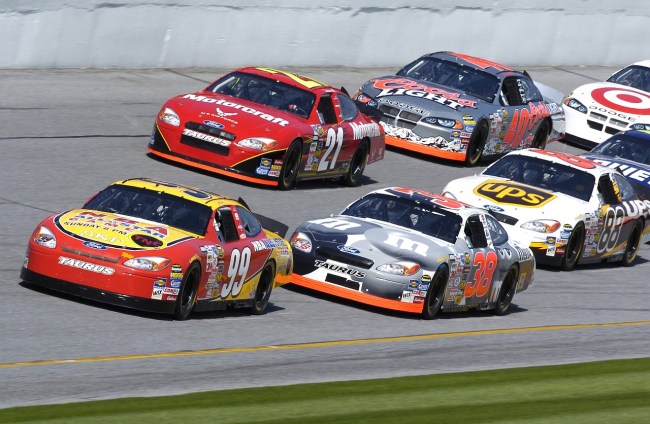 NASCAR intends on replacing its current title sponsorship model with a multi-tiered offering (similar to the NCAA or IOC), to “make it easier for sponsors to work with” the stock car racing series, prior to the start of the 2020 season. NASCAR President Steve Phelps explained that the multi-tiered model is “far more efficient and allows our (50+) sponsors to activate intelligently against the assets that they have” because for the 1st time, the racing organization will package assets that have historically been negotiated individually. Tier-1 sponsorships, expected to pull in $20 million/season, are said to include $15 million worth of exclusive circuit and track promotion (think: race title sponsorships, TV signage) and a $5 million media spend. NASCAR has plans to include team specific assets in top-tier sponsorship packages, though it remains TBD how that will happen due to competitive balance concerns. Monster Energy’s contract as the Cup Series title sponsor expires following the 2019 season.

Howie Long-Short: Historically sponsors have bought I.P. from NASCAR, media from Fox and NBC, digital from NASCAR Digital Media, audio from Motor Racing Network and Performance Racing Network, did track deals with International Speedway Corporation and Speedway Motorsports Inc. (plus Dover, Pocono, Indy) and then negotiated their individual team deals  (remember: in Big 4 sports team/stadium IP is one in the same), so a fully integrated sponsorship model, where all assets can are acquired through NASCAR, certainly appears logical.

At $20 million/season, the cost of a single top-tier sponsorship (aka premier partners) rivals Monster Energy’s current annual spend and NASCAR plans to sign 5 premier partners. On the surface, it would appear NASCAR would be dramatically increasing sponsorship revenues, but under NASCAR’s old system the circuit owned the assets it sold. The new tiered model, “takes the assets of the majority of the stakeholders in the sport and packages them together”, so everyone (see: NASCAR, tracks, media partners) shares in the revenue generated.

Sponsorship revenue is going to grow, but Steve Phelps explained this move wasn’t fiscally driven. Phelps said, it’s about “finding long-term partners that are committed to this sport, committed to activating the sport and our drivers on whatever channels of distribution they’re doing business. That’s what we need to grow the sport overall, the revenue will follow.”

The tiered model is logistically more efficient and NASCAR is going to increase sponsorship revenues, so it’s fair to wonder why other pro sports leagues don’t operate under a similar model. The NFL, NBA, MLB and NHL are financially healthy, so there’s little reason for them to revamp what’s working, but smaller leagues and start-up leagues (think: XFL, AAFL, PLL) would seem to benefit from a fully integrated sponsorship model. I reached out to Michael Neuman, Founder, EVP and Managing Partner for Scout Sports and Entertainment, the in-house sports sponsorship and marketing division of Horizon Media (largest independent media agency in the world) to find which model he would advise his clients to pursue if they were launching a league today?

Michael: If you’re a new property and you’re trying to win over the traditional sponsors and the agencies they work with, I would recommend making the sponsorship and advertising opportunities as cost efficient, and as buying efficient as possible; the tiered model makes perfect sense.

Fan Marino: Samsung has renewed its top-tier partnership with the IOC through the ’28 games. While no formal terms were released, it’s been estimated that the IOC rakes in $50 million/year from top-tier partners. With Samsung on board through the Los Angeles Games, the IOC now has 9 of its 14 top-tier sponsors signed through the ’24 Paris Games; only Atos, Coca Cola (considered a near lock to be a NASCAR top-tier sponsor as well), Dow, GE and P&G have pacts set to expire after the ’20 Games. The willingness to commit so much money, so far out, speaks to the long-term confidence brands have in the Olympic movement (and to the requirement that they sign on for a minimum of 2 quadrennials).

It’s not just NASCAR and the IOC that are using fully integrated sponsorship programs. Following the ’20 Tokyo Games, a new entity called United States Olympic Paralympic Properties (USOPP) will be formed to negotiate sponsorships on behalf the United States Olympic Committee (all existing deals expire after ’20 Games), the U.S. Paralympic Committee, the Organizing Committee of Olympic Games, all national governing bodies and the participating athletes through ’28. I asked Michael Neuman why the USOC and US Paralympics are moving towards a fully integrated model?

Michael: Standard operating procedure when a city is awarded the games, is for the host city, the NOC (National Olympic Committee) and the IOC (International Olympic Committee) to enter a joint venture with the power shifting from the NOC to the new JV, specifically to the host city organizing committee; the creation of USOPP is a simple consolidation of the marketing arms.