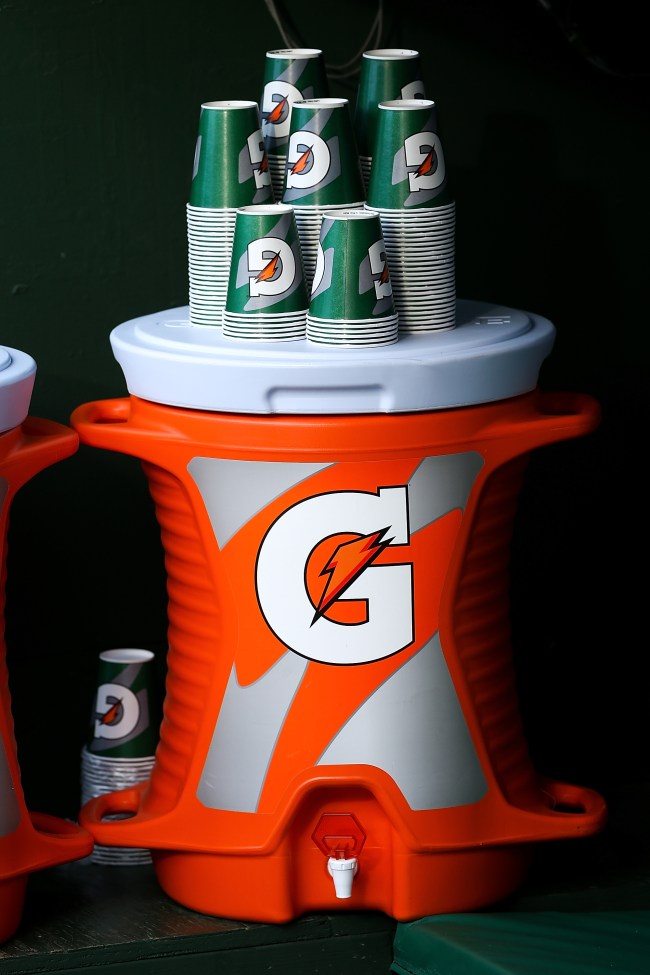 CHICAGO, IL - JUNE 18: A cooler of Gatorade sits in the Pittsburgh Pirates dugout during the game against the Chicago Cubs at Wrigley Field on June 18, 2016 in Chicago, Illinois. (Photo by Dylan Buell/Getty Images) *** Local Caption ***

There were 79 underclassmen and 12 international players eligible for last night’s NBA draft, in addition to those in the 2017-2018 senior class, but just 60 were selected by NBA franchises; meaning hundreds will pursue free-agent contracts (or tryouts) with the hopes of landing a G-League (formerly D-League) roster spot. Though G-League salaries start at just $35,000 (up from $19,000), the league offers players the opportunity to receive round-the-clock, world-class coaching and compensation for their skill-set (hence the large number of underclassmen); while players have the chance to remain stateside and focused on reaching the NBA. For those reasons, the league is also considered an alternative to college basketball for elite high school prospects who fail to meet the NBA’s age requirement (19); back in April Darius Bazley became the highest profile recruit to forego college (previously committed to Syracuse) and international basketball (see: Brandon Jennings, Emmanuel Mudiay) to join the G-League. It is possible to make six figures playing in the G-League, as the NBA added roster spots for 2-way players last year – those designated to split time between their G-League team and NBA affiliate. 2-way players can earn up to $385,000/season.

Howie Long-Short: $35,000 as a league minimum salary sounds low, particularly when considering that NBA2K 1st round picks take home the same amount, but at least two-thirds of the league’s players make $70,000 (+ housing & medical); more than a respectable living for 5 months of work. That’s an important distinction to make when considering whether the G-League is a viable alternative to the NCAA; remember, shoe companies are said to have been paying elite prospects +/- $100,000 to attend affiliated universities (see: Adidas, Brian Bowen, Louisville).

The G in G-League stands for Gatorade, a subsidiary of PepsiCo. Inc. (PEP). Back in January, we reported that domestic Gatorade sales had slipped for the time since 2012 (-.5% to $5.9 billion in fiscal 2017), as health-conscious consumers were opting for alternatives to the sugary sports-drink. In Q1 ’18, Gatorade “improved sales performance and trajectories”, but that didn’t stop the company from introducing “Gatorade Zero” this week; the first sugarless (and carb-less) product in the company’s 53-year history. The introduction of “Gatorade Zero” comes on the heels of a marketing campaign by Body Armor portraying the market leader as out of touch with the needs of the modern athlete. Despite a down year in 2017, Gatorade still controls 75% of the $8 billion market sports drink market.

Fan Marino: The G-League is a true minor league (27 teams), developing players who can contribute to NBA franchises. In fact, 53% of all players on an NBA rosters at the close of last season spent time in the G-League. Of course, not everyone is in favor of the G-League capitalizing on kids who failed to achieve their dreams of being drafted. Warriors coach Steve Kerr believes “if you’re truly trying to do what’s right for the kid, and the kid declares for the draft and doesn’t get drafted, you know what? Welcome him back (to school).”