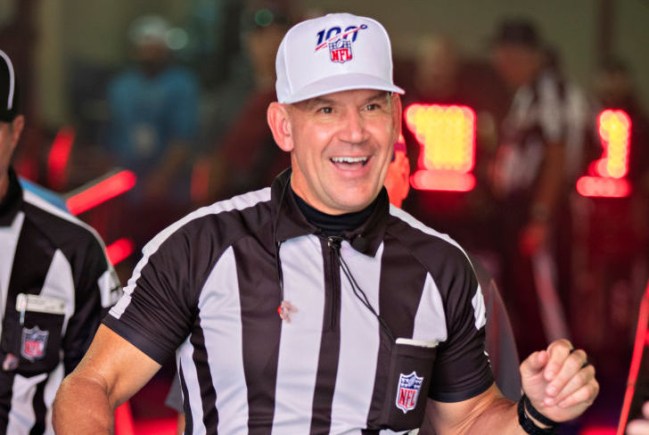 We’re currently six weeks into the NFL season and it’s safe to say the officiating we’ve seen so far has been incredibly suspect and nothing highlighted just how atrocious the referees have been better than Monday night’s contest between the Lions and the Packers.

Detroit found itself on the receiving end of some laughably questionable calls, including two phantom hands to the face penalties assessed against Trey Flowers that essentially handed the game to Green Bay—much to the chagrin of the defensive end, who wasn’t shy about proclaiming his innocence after the game.

However, Flowers wasn’t the only person to call fowl, as Barry Sanders ripped into the refs and Clay Matthews suggested his former team was gifted a win by Clete Blakeman and his crew, who were rightfully painted as the scapegoats.

After the game, Desmond Howard also chimed in and got his conspiracy theorist on when he suggested someone should look into whether or not someone had paid the refs off.

The refs need to be investigated. This is horrendous. Check bank accounts. #NoExcuses

However, if a rumor that’s currently circulating is to be believed, Howard might actually be onto something.

On Monday morning, noted gambling insider Incarcerated Bob informed the world that someone had casually dropped $185,000 on the Packers to beat the Lions and managed to net a cool $100K for their troubles.

If he’s to be believed (and it should be noted this is a very big “if”), that same person has wagered sizable chunks of cash on multiple games that have been supervised by Blakeman’s gang.

Again, this is just a rumor but it also happens to be a rumor that’s juicier than a pallet full of Gushers so I’m very excited to see how things play out from here.