Giannis Antetokounmpo Crowns Himself King In Front Of LeBron James, Bucks Troll The Lakers On Social Media After Win 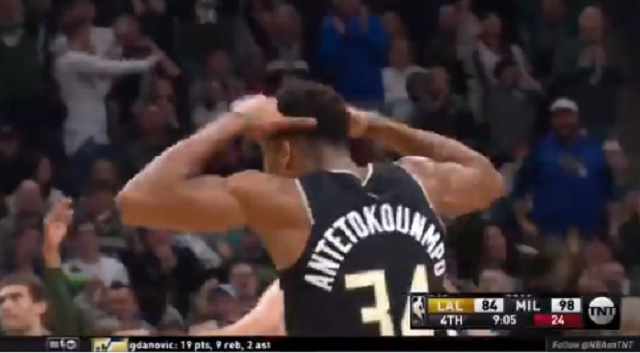 Move over LeBron, Giannis Antetokounmpo has declared himself the new king of the NBA.

After hitting his fifth three pointer during Thursday night’s Bucks-Lakers game Antetokounmpo put a crown on himself and yelled “I wear this shit now”.

Giannis knocks down his 5th 3 and he wants the crown. pic.twitter.com/oqFrDCiYjm

Giannis wasn’t the only one talking trash, after the team’s big win the Bucks Twitter account reminded the Lakers about a post they made during the preseason.

Was this just for preseason?

Asking for a friend. pic.twitter.com/JgRVg4itWe

While the Bucks won a big statement game it’s still on the regular season and they still have a lot to prove before anyone crowns them.