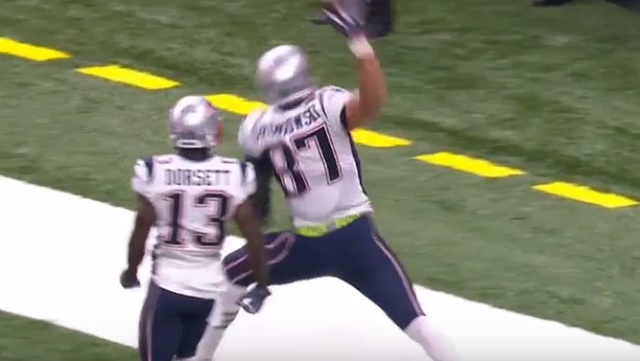 Gronk definitely knows what he wants in a woman. He won’t find her, but…

Rob Gronkowski was on The Jim Rome Show doing the “Ten Questions” segment when he was asked to describe his perfect wife. His answer, while utterly hilarious, will most certainly draw the ire of feminists all over the nation.

“Cleans, cooks, makes big cash, stays at home, let’s me do whatever I want…” at that point Jim Rome interrupted asking who on earth was going to sign up for that job. Of course, every woman in the audience cheered, so Gronk continued.

“Very nice, kind, everything… beautiful, just has it all.”

Oh yeah, Gronk was also asked which female celebrity he would want to be rescued by if he were drowning, to which he answered, Margot Robbie. When asked why he chose her, his response was 100% dead on.