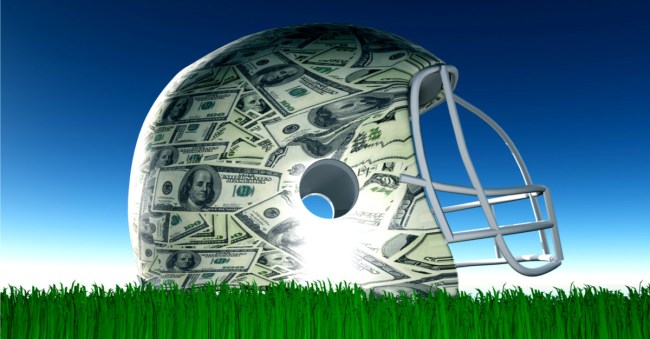 Another day, another lucky son-of-a-biscuit who hit the jackpot with a bet that he had no business winning. Although, considering the fact that of the 16 teams that were favored in the NFL this weekend all 16 beat the spread, no wonder some guy raked in some major cashola. (I still hate him though.)

On Tuesday, we reported about this rare phenomenon happening in the NFL over the weekend. In that report we pointed out that if you had bet $100 on a 16-team parlay in Week 15 and only chosen the favorites you would have walked home with around $66,500.

Amazingly, despite all the favorites being victorious, the sports books in Vegas didn’t take too much of a bath. The biggest win we had seen at the time was a guy who won $15,000 on a $10 bet. Not too shabby, right?

Check out this $10 20-Leg Teaser #ParlayCard that cashed for $15,000 at the William Hill Sports Book inside @HootersCasinoLV yesterday.

Well, what if you bet MORE than $10 on say, a 10-team parlay picking nothing but favorites this past NFL Sunday? Like maybe, oh, I don’t know, $47?

Turns out that you could have won a whopping $37,600. Which is exactly what the lucky bastard you see below did…