HBO Throws in the Towel on Live Boxing Programming 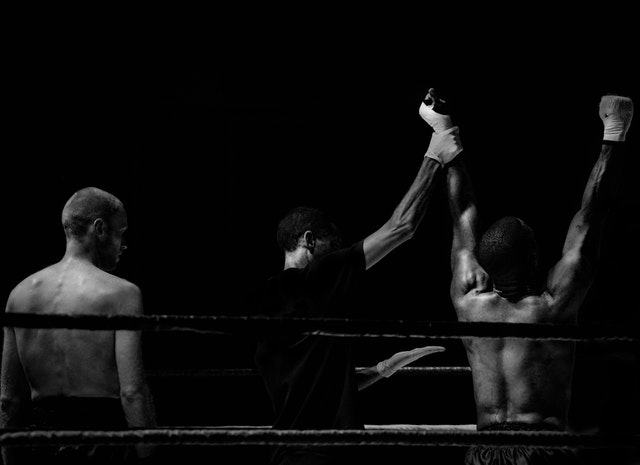 HBO Throws in the Towel on Live Boxing Programming

HBO has announced it will drop live boxing from its programming calendar after 45 years and 1000+ fights, following its October 27 card (featuring Daniel Jacobs); declining ratings (their Sept. 8 card was the lowest rated in network history) and increased competition (both from within the sport and MMA) were catalysts in the network’s decision. HBO Sports VP Peter Nelson said, “this is not a subjective decision. Our audience research informs us that boxing is no longer a determinant factor for subscribing to HBO.” HBO Sports will continue to produce “unscripted series (think: The Shop), long-form documentary films (think: Andre the Giant), reality programming (think: Being Serena, Hard Knocks), sports journalism.”

Howie Long-Short: For all the increased exposure that DAZN and ESPN+ bring to the sport, DAZN’s entry into the U.S. market and ESPN’s introduction of the live streaming platform have significantly raised the costs associated with carrying fights. HBO decided it would rather spend on developing original programming (think: Game of Thrones), than compete with DAZN, ESPN+, Showtime and Fox Sports for fights; Nelson added, “from an entertainment POV, it’s not unique. There’s plenty of boxing out there.”

Boxing’s impact on HBO’s success as a network is undeniable. By the early 90’s, fights on the network were attracting 1/3 of the company’s +/- 15-million-person subscription base. That percentage declined to +/- 2% (820,000 of the company’s +/- 40 million subscribers) ’18, which explains why boxing is no longer a profitable endeavor for Home Box Office.

There’s no doubt that AT&T’s acquisition of Time Warner (HBO’s parent company) expedited the network’s decision to drop boxing, “once the merger went through, there was pressure on HBO to overhaul its model with a great focus on profits.”

Speaking of which, T issued its first earnings report (Q2) with the Time Warner properties under its umbrella. The WarnerMedia division (former Time Warner assets) reported a +7% YoY revenue increase to $7.8 billion (HBO “delivered strong subscriber revenue growth”), $1.1 billion of which was included in AT&T’s consolidated results; accounting for the 16 days between closing and the end of the quarter. The news wasn’t all positive though, cord cutting and the shift to internet video had AT&T’s Entertainment division (think: DirecTV) reporting a -8% YoY decline (to $11.7 billion). Earnings rose 15% YoY (to $.91/share), but the mixed results had share prices falling -4.5% on the news; they’ve since recovered and will open at $33.58 on Monday 10.1.

Fan Marino: HBO’s impact on the sport should not be underestimated. The premium cable network offered boxing a platform at a time when broadcast television was unwilling to assume the risk of carrying fights (see: ’82 death of Duk Koo Kim from injuries sustained during a nationally televised fight), but before PPV truly took off (’91); and the network remained the sport’s premier network through the 2000s.

While the network had been surpassed by Showtime in recent years, it had Canelo Alvarez/Gennady Golvkin II on HBO PPV on September 15th, which did 1.1 million buys. Those 2 fighters, the marquee names within the HBO stable, will become free-agents permitted to sign with another network (or streaming service).

Comcast emerged triumphant in its effort to take over Sky PLC (Europe’s largest pay TV provider) after outbidding Twenty-First Century Fox (on behalf of Disney), by +/- $3.6 billion, in a rare settlement auction; Comcast’s bid valued the company at +/- $39 billion. Disney, which will take over most of Fox’s film and TV assets, subsequently announced it would sell Comcast Fox’s existing 39% stake in Sky at the auction-winning bid price of $22.54/share. The addition of Sky expands Comcast’s distribution outside of the U.S. (to UK, Ireland, Germany Austria, Italy, Spain and Switzerland) and increases their global footprint to +/- 53 million customers; existing infrastructure that puts the company in position to effectively compete with Netflix (+/- 29 million subscribers across Europe in 2017) and Amazon outside of North America.

Howie Long-Short: Selling its 39% stake in Sky PLC (SKYAY) at $22.54/share ($15.6 billion) must be considered a win for DIS considering it valued control in the company at just $20.44/share during the blind auction and Comcast didn’t need their stake (i.e. little leverage) to gain control over the British pay-TV group.

The +/- $15.6 billion price tag greatly reduces the financial leverage DIS needs to close the $71.3 billion Fox (FOXA) acquisition and when you consider the revenue that’s expected to be generated from the sale of FOXA’s 22 RSNs (valued at +/- $15 billion-22 billion), it’s feasible net acquisition costs could drop all the way down to +/- $35 billion. Significantly reducing the financial debt load is important to Disney with costly broadcast rights renewals on the horizon (see: NFL 2021, MLB 2021, NBA 2025) and the company undergoing the capital-intensive transition from legacy wholesale model to a direct-to-consumer business model (Disneyflix). Disney shareholders seem to be on board with the decision, shares are up +/- 6% from the morning of the tender announcement (9.26); they’ll open at $116.94 on Monday 10.1.

Fan Marino: While some might believe that Comcast’s acquisition of Sky (EPL’s most valued media partner in U.K.) would ensure NBC remains the Premier League’s U.S. broadcast partner beyond the ’21-’22 season, historically, the EPL has ignored affiliation between rights holders and taken the highest offer; back in ’16, Sky in Germany lost EPL rights to then-newcomer DAZN (unproven, yet deep pocketed), despite have the rights of 126/128 games in the U.K.

Across the pond, U.K. soccer fans must be wondering if there will be any changes coming to Sky’s broadcast coverage in the wake of the ownership change. English futbol fans aren’t going to want NBC’s “Americanized” version, so Comcast would be wise to let Sky run their EPL coverage autonomously; focusing on the distribution of non-sports entertainment assets instead (see: Universal Pictures).