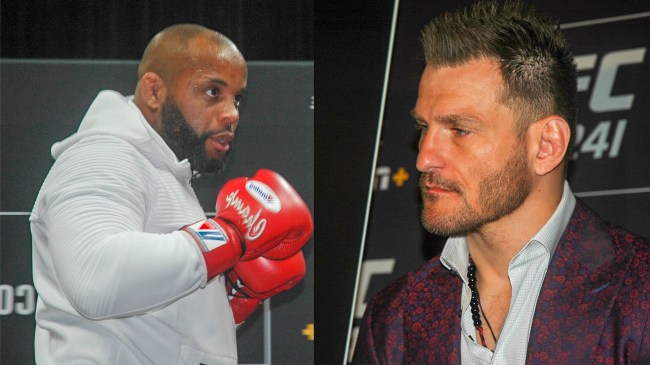 Presented in partnership with BetMGM…

Because let’s be honest, a big time heavyweight title fight is just that much more interesting with a little cash on the line.

There’s just one more day to place wagers on UFC 252: Miocic vs. Cormier 3. One more day to fork over a few bones to the gambling gods and tempt fate in hopes of a little, or big, payout.

But first, a bit on responsible gambling …

New customer offer: Bet $1 at BetMGM and win $100 in free bets if either fighter wins. Colorado, Indiana, New Jersey and West Virginia only. Details on BETMGM

If you’re looking to throw down big bucks that you can’t afford to really lose … DON’T! That’s not the style of gambling we’re promoting here. We’re here to find smart, unique, and less risky ways to beat the bookies. We also find smart betting a great way to follow the card along from home.

So, with an appropriate bankroll, it’s time to look for value on the UFC 252 fight card, beginning with the main event.

Given the popularity of challenger Daniel Cormier and heavyweight champion Stipe Miocic, it’s likely that the majority of the action is going to come in on those two fighters. However, there aren’t any long odds in this fight, which makes complete sense given that Miocic and Cormier have both knocked each other out.

With Cormier currently listed as a slight favorite at -115, Miocic, who’s listed at -105, isn’t far behind in the eyes of the sports book. As a near pick ‘em fight, it’s tough to get great value for either Cormier or Miocic; however, a Cormier knockout is listed at +260 on some sports books. That’s an interesting play, with excellent value. At +145, a Miocic knockout is also a decent play.

I mean they are heavyweights, so honing in on a knockout prop bet might be a good way to go.

Now that our first bet is down, it’s time to figure out a way to make some cash.

Generally, when a fighter is majorly favored, it’s for a reason. Only problem is, favorites never pay out that well, so the tried-and-true parlay is a way to lump a few favorites together and increase the overall take.

New customer offer: Bet $1 at BetMGM and win $100 in free bets if either fighter wins. Colorado, Indiana, New Jersey and West Virginia only. Details on BETMGM

Examining parlays on the UFC 252: Miocic vs. Cormier 3 PPV card, there’s no fighter who sticks out more than bantamweight sensation “Sugar” Sean O’Malley, who’s listed at -265. O’Malley is heavily favored in his UFC 252 co-main event against Marlon “Chito” Vera on account of his ninja-level striking. He’s made good in his last two fights, and paid out well. O’Malley is a great way to cap off any parlay. As a single bet, I’d also consider taking O’Malley via knockout for +165.

Comboing up with “Sugar” Sean O’Malley, I look no further than the UFC 252 featured bout between Jairzinho “Bigi Boy” Rozenstruik and former champion Junior dos Santos. At -130, Rozenstruik feels like a nice piece in that parlay, and, I’ll be honest, I’m adding Georgian wrestling machine Merab Dvalishvili (-245) and Vinc “From Hell” Pichel (-135) into this long parlay that pays out at nearly 5:1.

I’m still up in the air about that fight, so if Miller wins and busts my parlay before it even gets going, at least I recoup the buy-in for both.

Are you seeing this? We’re not only finding value, creating our own odds, and increasing the potential payout, we’re also covering our asses.

So, to recap, here are a few cheeky bets that can increase your overall awareness of UFC 252. These bets not only enhance the viewing experience, but they may even net you a few extra duckets, say enough to cover all those Miller High Lifes and maybe even the cost of the Pay Per View on ESPN+.