How To Watch CBS NFL Games On Paramount+ This Year 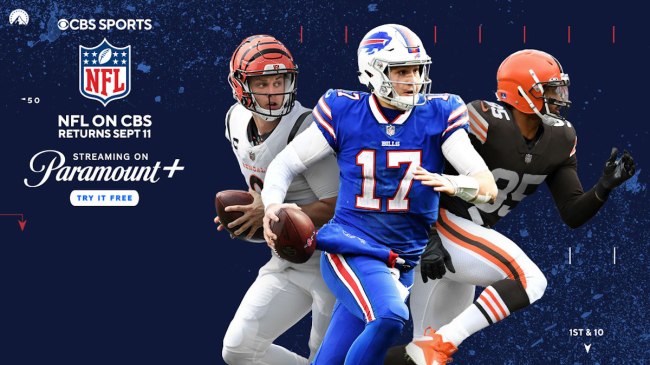 Folks, it’s that glorious time of the year.

Clear your Sunday schedule, order some wings, and kick up your feet because NFL football is back!

The 2022 NFL season kicked off on Thursday and a jam-packed slate of exciting Week 1 matchups is following it up on Sunday.

Baker Mayfield goes for revenge as the Carolina Panthers take on the Cleveland Browns. The New York Jets and Joe Flacco face the Baltimore Ravens in another revenge game. The early slate on Sunday also features several AFC divisional rivalries, including Colts vs. Texans, Steelers vs. Bengals, and Patriots vs. Dolphins.

The afternoon continues with a gunslinging duel between Patrick Mahomes and Kyler Murray during the Chiefs vs. Cardinals game. The Las Vegas Raiders also meet the Los Angeles Chargers for a thrilling AFC West matchup.

If you’re looking to stay home and enjoy a day filled with football, let us point you in the right direction to watch Week 1 of the NFL online:

Stream NFL on CBS with Paramount+ to watch live games in your local market. And if you’re a new subscriber, sign up now for a free 1-week trial of Paramount+.

How To Watch CBS NFL Games On Paramount+

Live coverage of the NFL returns to CBS on Sunday, September 11th and it’s continuing all season long.

With Paramount+, you can stream games live from your local station. Plus, you’ll also gain access to the CBS Sports pre-game studio show, The NFL Today, and Inside the NFL as part of your subscription. 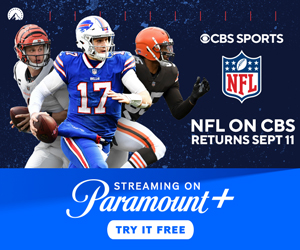 How much is Paramount+?

Plans start at $4.99 monthly, but you can also purchase a Paramount+ annual subscription for $49.99.

If you already have Paramount+:

Just sign in to your account and review your local listings for the games in your area. Then kick back and enjoy the return of football. Here’s how you stream CBS NFL Games with Paramount+ on a number of devices:

Not a Paramount+ subscriber? Sign up here to enjoy live NFL games all season.

Once signed up, you’re all set to start streaming NFL games with Paramount+. Be sure to check out the NFL on CBS schedule and local listings for the games available to you.