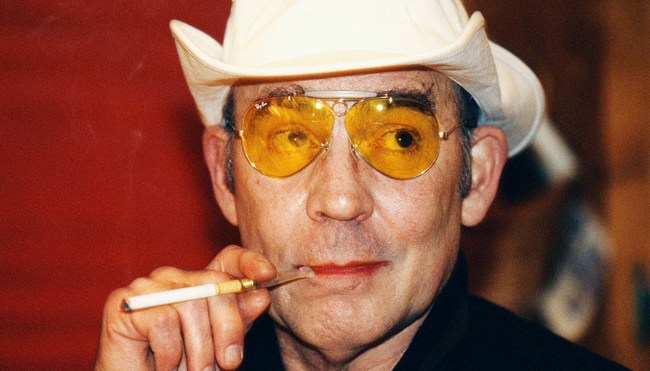 To say Washington Commanders owner Dan Snyder has recently hit a rough patch would be a bit of an understatement, as the billionaire—who was subpoenaed by a congressional committee on Wednesday after getting called out for chilling on his yacht instead of showing up to a hearing concerning the toxic culture he’s been accused of fostering—has spent years at the center of a hurricane of controversy.

At this point, it’s almost hard to keep track of how many scandals Snyder has been embroiled in.

In 2020, 15 women accused him and other high-ranking employees of sexual harassment just a few months before a report surfaced concerning allegations Snyder had his underlings secretly film explicit videos of cheerleaders for his viewing pleasure.

The situation continued to devolve in 2021 courtesy of multiple batches of emails that surfaced over the course of the year highlighting the moral and financial corruption that seems to be built into the core franchise. Things got even worse after Snyder and the Commanders were accused of defrauding season ticket holders and other NFL teams by cooking the books, which ultimately led to speculation his fellow owners were lobbying to force him out of his position.

We haven’t even talked about the abysmal product Snyder has consistently put onto the field that has arguably played the biggest role when it comes to alienating fans of the team. However, there’s one notable person who addressed that particular topic while making a few fairly prophetic predictions in a column he penned more than two decades ago: Hunter S. Thompson.

A Reddit user recently dug up an article that the legendary father of gonzo journalism wrote for ESPN in 2001 concerning Snyder and “the rage and despair building up in the hearts of his once-loyal football fans.” While Thompson was working with a fairly small sample size when he wrote the column, it turned out to be incredibly prescient based on what has unfolded since it was published.

Thompson accurately predicted the future of the franchise when he described Washington as “a gang of squabbling losers with no pride and no shame and no hope at all of anything but failure for the next 20 years” before turning his attention to the biggest problem: his belief Snyder is “a high-rolling businessman” intent on squeezing as much money as possible out of a team he describes as “a loss leader, a pawn in Snyder’s larger scheme” without any thoughts or cares for its longtime fans.

Some of the specific issues are fairly antiquated (I think most people would kill for the price of the “$4 hot dogs and $6 cups of beer” Thompson lamented were being sold at the team’s stadium), and Snyder’s attempts to lure in wealthier spectators at the expense of working-class fans with shiny new upgrades to the facilities is by no means unique to Washington.

With that said, Thompson’s column shares some uncanny parallels with a statement that was released by a Virginia state senator who said he had no “confidence in The Washington Commanders as a viable NFL franchise” while explaining why he won’t vote to give Snyder taxpayer money to fund the massive complex the team is reportedly hoping to move to when its current lease expires (which will be even more lavish than the one featuring “the indoor shopping mall and 20 acres of parking space” the iconic writer took a jab at).

If you’re familiar with Thompson’s body of work and the exceptional observational abilities that define it, the fact that he managed to see this coming shouldn’t be a huge surprise, but it’s still a pretty wild read more than 20 years later.