Take A Look Inside The Sick Florida Mansion New Bears QB Nick Foles Is Selling For Only $1.85M 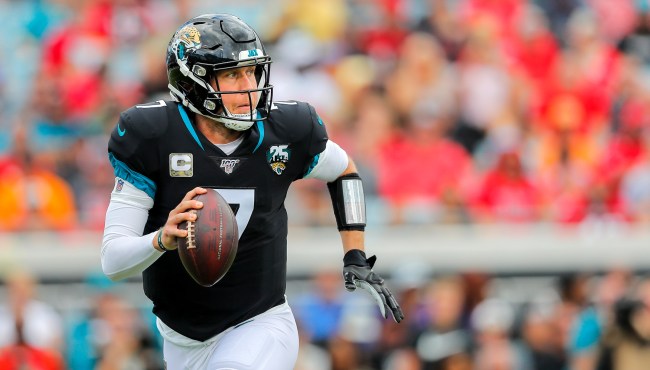 One year ago or so, quarterback Nick Foles was gifted a four-year, $88 million contract to become the new face of the Jacksonville Jaguars franchise.

He played four games for them, losing all four.

NOW, Foles is off to Chicago where they haven’t had a franchise quarterback since… ummm… since Sid Luckman retired after the 1950 NFL season.

As such, BDN is looking to offload the dream mansion he purchased in March of 2019 down in Ponte Vedra Beach, Florida.

NFL quarterback Nick Foles is offloading his home in Ponte Vedra Beach, Florida, for $1.85 million after he was traded to the Chicago Bears before his contract with the Jacksonville Jaguars was up. https://t.co/S9kdDaiW8F

Plus, just take a look at the home’s description on Realtor.com…

Built in 2015 this Amanda Webster decorated home exudes Coastal Elegance and provides the ideal environment for enjoying the Florida lifestyle. Among the most distinctive features of this home is the way in which it is centered around an expansive, screened enclosed outdoor entertainment and recreation area that includes: a salt water pool; heated spill-over spa; Isokern gas fireplace; summer kitchen and bar; and a turf area with half basketball court and putting green.

Dramatic, ten-foot pocket sliding glass doors along the main living area open to the courtyard to allow the 3,300 square feet of outdoor space to become a natural extension of the house. The open floor plan offers a stunning kitchen with custom cabinetry, gourmet appliances, quartzite countertops, walk-in pantry and a large island with counter seating all of which flows seamlessly into the generous dining and great rooms.

The spa-like downstairs master suite orients to a serene view of the courtyard and features a generous walk-in closet with built-ins, a free-standing tub and custom Shellstone shower. A stand-alone cabana bedroom suite completes the main floor and is perfect for guests. Upstairs are three spacious bedrooms, plus a multi-purpose room.

Details such as high-volume ceilings, custom trim work, European hand scraped wood floors, solid core doors, and designer lighting and plumbing fixtures are found throughout. This home was thoughtfully designed by the owners to take full advantage of the indoor/outdoor living experience afforded by the temperate Florida climate. It reflects quality and thoughtfulness at every turn and down to every detail. Nestled within the gates of The Plantation, this one-of-a-kind home is a must-see for those who want the very best of Ponte Vedra Beach living.