Jeremy Pruitt Reportedly Sells His Knoxville Mansion At A Loss 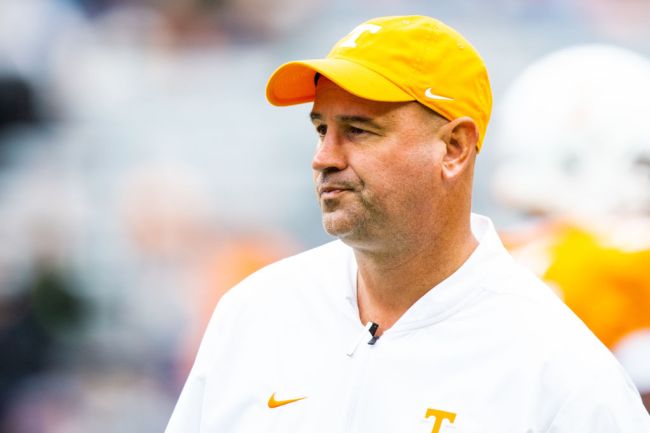 Jeremy Pruitt took plenty of losses during his three years in Knoxville as Tennessee’s head football coach – 19 losses to be exact – and has reportedly suffered another loss following his recent firing having sold his mansion for a loss. You don’t have to be a real estate person to know that selling a house at loss in this market is tough to do, but Pruitt was able to do so.

According to Knoxville News Sentinel’s Brenna McDermott, Pruitt sold his mansion at a loss of roughly $459,000. He listed the home on Zillow on Feb. 5, about three weeks after being fired by the Vols, for $3.399 million and ultimately sold the house for $2.94 million. The house has a whopping six bedrooms and nine bathrooms that spans over 11,400 square feet. It was also equipped with a pool and a spacious man cave that included both a shuffleboard table and a pool table.

According to Realtor.com, Knoxville’s real estate market was trending up 9.4% year-over-year in the month of February.

Pruitt taking one final L before departing Knoxville is all too fitting.

The 46-year-old was fired with cause after the Vols went 3-7 last season and left the program amid controversy as the program is under investigation in regards to recruiting violations. Nine other coaches and staffers had their jobs terminated in the process as well.

Pruitt will be moving North having been hired by the New York Giants as a senior defensive assistant. According to Giants’ head coach Joe Judge, Pruitt will work with all levels of the defense.