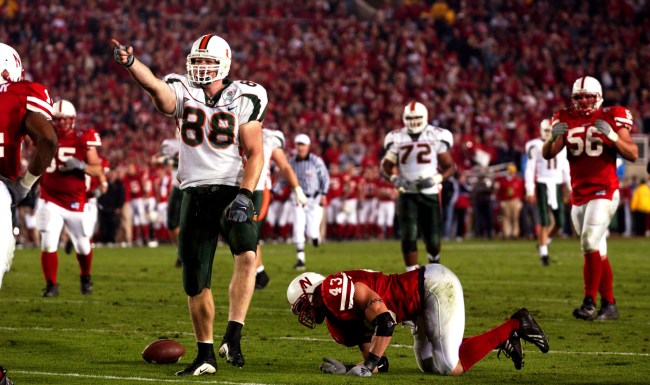 You know who has the best homes? Pro athletes. From Paul George and Anthony Davis to Dustin Pedroia and Tom Brady to Paula Creamer and more, time and time again we’re blown away by just how incredible their houses and properties are.

Today is no different as we take a look at the large home former NFL tight end and Miami Hurricane Jeremy Shockey is selling in Miami Beach for $4 million.

Over nine seasons in the NFL playing for the Giants, Saints and Panthers, Shockey earned almost $31 million just from his contracts with the teams so while he may not have made as much as someone like Aaron Rodgers, he has still been able to afford some A+ properties, of which this certainly is.

Bonus: if he can get his asking price of $4 million for the home he will have made a tidy little profit as he purchased the place back in 2015 for just $1.75 million.

The 3,916-square-foot home, which sits on a big 9,750-square-foot lot, comes with five bedrooms and 5.5 bathrooms, and every room in the house opens up to a balcony or a terrace.

The contemporary design with wide-plank flooring includes a dining room, as well as a living area that leads out to a covered deck. An open kitchen comes with a waterfall island and bar seating.

Upstairs, the massive master suite includes a huge marble bath with separate shower and tub, as well as a mirrored, walk-in closet and private balcony.

Outside, the grounds include a covered area for dining and eating, and a grassy area with a pool and sundeck.

The home, located next to the Miami Beach Golf Club, also comes with all important hurricane-impact windows. I assume they mean the weather-related type of hurricane and not just Shockey’s old buddies from The U.

That, or if you’re looking for something more temporary, the house is also available for rent for only $20,000 a month.